Written by JediJeff at 2:21 PM
Good old raffle and pack wars last night at the LCS. Let's scan a few of the packs used in the games. Today, let's put up Topps 2013 release of Bowman Platinum, because if there is one thing we have been clamoring for, it's more Bowman releases. Thanks Topps! 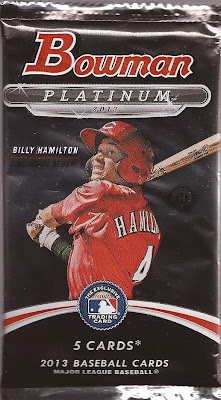 Topps going all out with the pack design this year. As in they put someone else on the package. Otherwise, it's a lot of "seen this before". None of you seem very surprised by this. Five cards - pack god mojo? 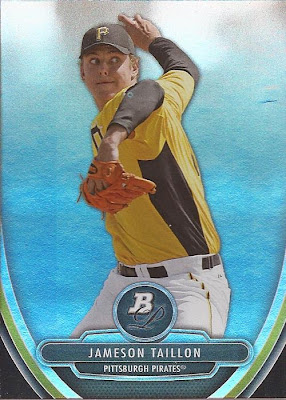 I won't bother to explain the look versus the scan - you all know the drill. It's the usual unremarkable set they release year after year. This isn't a design release, it's a hit release. 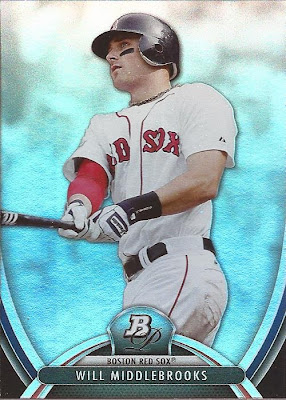 Mix of current players with the guys in the minors. Slight difference in the front design. 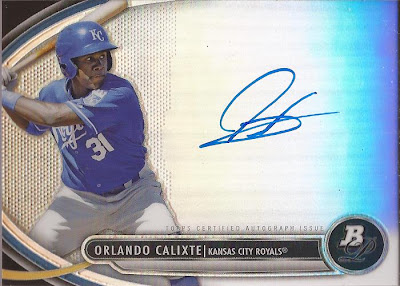 Well how about that? At least I got something for my troubles. Orlando is still working his way thru the Royal system. Currently ranked #7 prospect in KC's farm system. It's an auto at least, right? 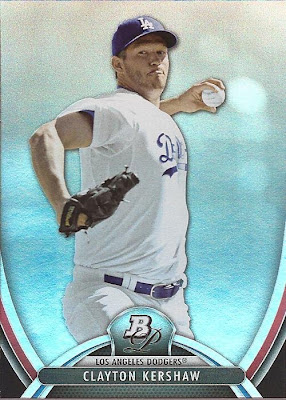 I'm calling this one better than the autograph. And I already know where I am mailing it. 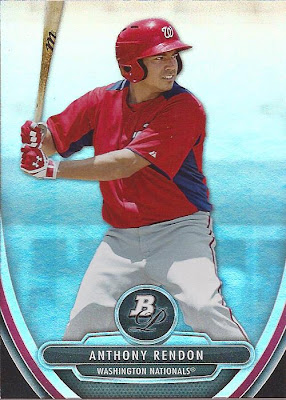 And we end with a National. I didn't scan the backs. Do we need to see the standard Bowman back again? I didn't think so.