Written by Jafronius at 11:44 PM
Greetings!

Hope everyone is doing well.  Today was my eldest son's first day of Kindergarten.  While it seems that an August 14 start date is a bit early, it doesn't take away from the fact that time certainly does fly by.

I know what you're all thinking...great, another pack from the king of the baseball repack boxes.  There's already a Series 1 pack on the site.  Well, I agree you're pretty lucky if you get a repack box without a pack from this set, but common, this is a Fat Pack!  There's more cards!  There's exclusive inserts that you can see on the back so you know what insert you're getting!  It was $2.50 for 32 cards!  There's...um...well, that's all I got.

I did not scan all the cards, just the highlights and the 2 exclusive inserts.  Here's the contents of the top pack: 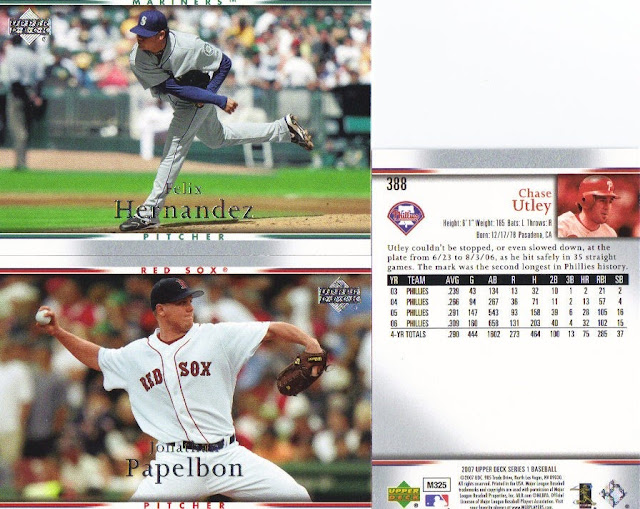 And here's the bottom pack: 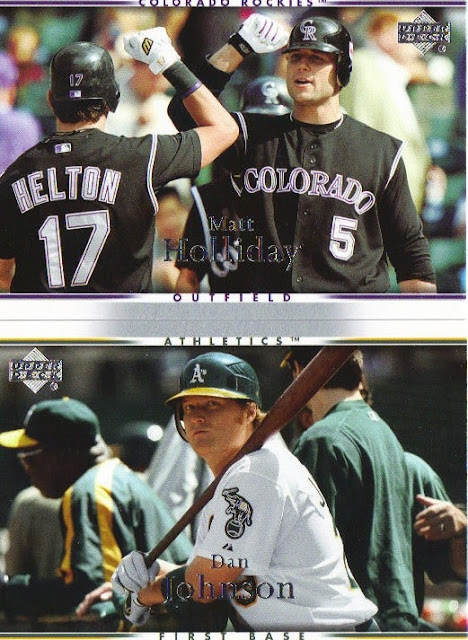 Pretty standard Upper Deck set.  Depending on the picture used, the player's name can be hard to read.  For some reason, I enjoyed the Dan Johnson shot.

As mentioned before, these Fat Packs came with insert cards, in this case, a set called Star Power.  They were facing out on the back of the pack, so you know who you're getting.  Jeter and Teixeira was not a bad combo to get back in 2007.  Here's the fronts and backs of the inserts: 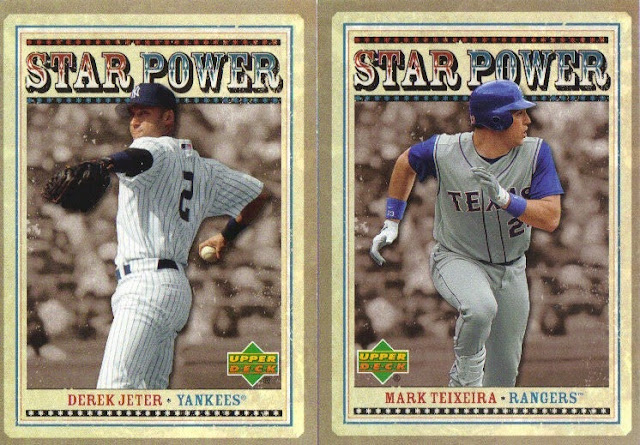 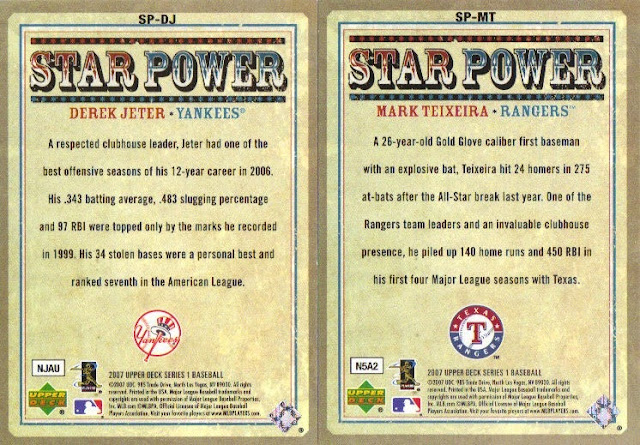 Here's a checklist of the 50-card Star Power insert set for those inquiring minds.

Anyway, that's the pack.  Enjoy the rest of the week.  More later...thanks for reading!