Written by Community Gum at 9:56 PM
I got this and 8 other 90 & 91 Score packs from my dad the last time I went home. As part of my Father's Day present to him (I promise I actually got him something else), I'm showcasing my appreciation by showing his pack picking skills. 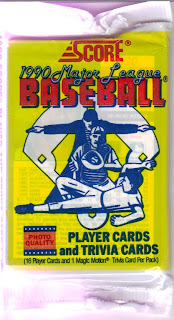 Ah, good old score. How much money you saved over the year on pack designs. Sure, you could have taken the road Topps didn't by giving us something different to look at, but no. Instead you said, "What color this year, boys? Screw it, make it yellow. Let's get lunch." 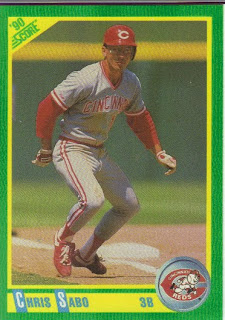 #70 - Chris Sabo - I always get Chris frickin' Sabo. I can't get away from this goggle wearin' mofo. The back of the card shows him without his scuba gear. I didn't show it for fear it may cause dizziness or nausea. 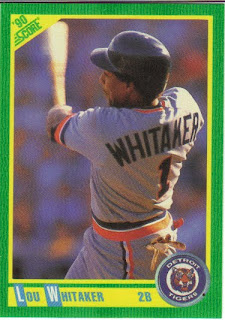 #75 - Lou Whitaker - Not a hall of famer, but many argue he should be. He's still in the top ten of many, many franchise records. 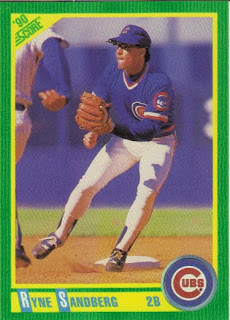 #90 - Ryne Sandberg - This second baseman is in the hall. Currently, he's working his way up the minor league managerial ranks, hoping to manage along side Cubs bench coach, and Whitaker teammate, Alan Trammell. Everyone in Chicago is wild about the idea, except me. 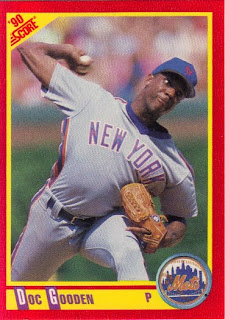 #313 - Doc Gooden - Yes! The 9 year-old in me loves this pack! Ryne for my brother and Doc for me! I love how not even the back makes any mention of "Dwight." Not sure how this pack could get better. 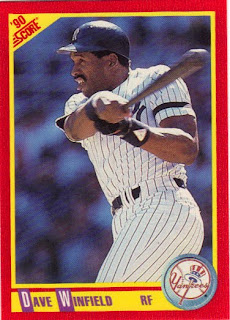 #307 - Dave Winfield - Okay, how about with a first ballot Hall of Famer? My favorite card of his will always be the one commemorating the day he accidentally killed a seagull by throwing a ball. I never understood the backlash he received for that. Why would anyone think that was anything but a fluke incident? 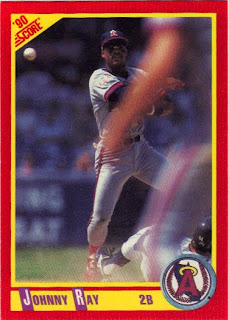 #293 - Johnny Ray - The streak is over, unless you count that blurry figure in the foreground of the shot. 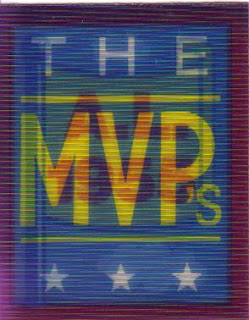 #22 of 56 - Yogi Berra - Magic Motion Trivia Card - How can you not love anything "magic motion?" Yogi wasn't #1 in any offensive category in 1955, yet he still won his second straight MVP award (and his third in five years). 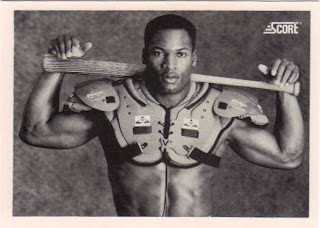 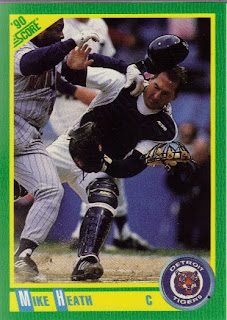 #172 - Mike Heath - The OTHER card to get in this set. Okay, maybe not, but it is a pretty cool action shot of Kirby Puckett bowling Heath over, and probably punching him in the head in the process. Don't Puck with Kirby! 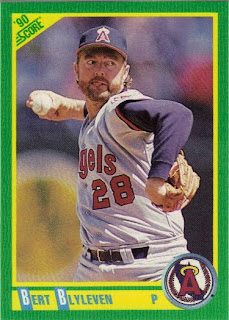 #180 - Bert Blyleven - Another debatable Hall of Famer. Bert is channelling his inner Michael Jordan with that tongue. Get this man a hoop! He needs to dunk! 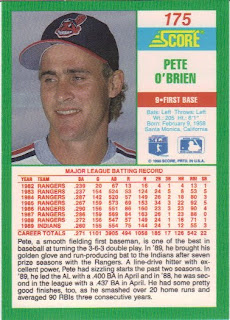 #175 - Pete O'Brien - You know the rule, the most boring front = back of the card shown. Pete had a few good years going with the Rangers there, but I sure as hell don't remember him. 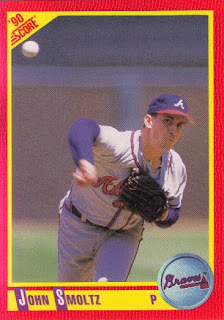 #370 - John Smoltz - My guess is this guy's going in the Hall, too. From the back of the card: "Along the way, he picked on the Phillies something terrible, beating them four times..." Nice to see Uncle Cletus gets to write some card backs. 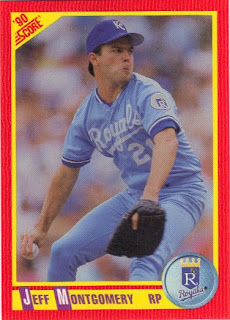 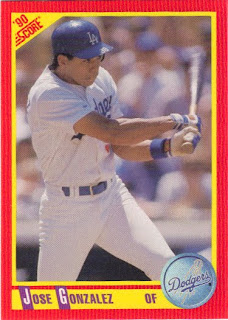 #368 - Jose Gonzalez - Can't say I know too much about this guy, but his stats seem to indicate there's a reason for that. I'm sure Night Owl could fill us in. 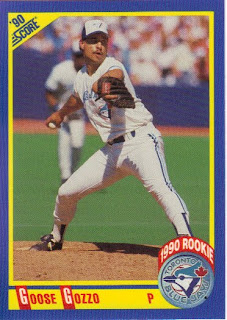 #610 - Goose Gozzo - Wikipedia tells me that the other Goose is actually named Mauro, and he exited the majors after 5 years with a 7-7 record, 55 strikeouts and a 5.30 ERA. With those numbers, I assume there was a lot of minor league ball in between. He also is the director of the Goose's Gamers AAU 11-U league. 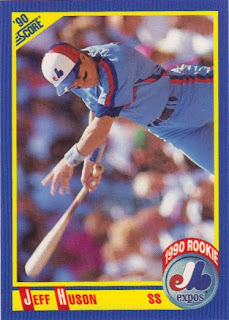 #615 - Jeff Huson - Do not adjust your sets, this is supposed to look horrible. Either Score didn't know how horizontal works or Huson is batting from The Mystery Spot. Wikipedia says he spent 12 years in the league (!?). He hit .234, 8 HR and 150 RBI for his career. He now works post-games for the Rockies on FSN. 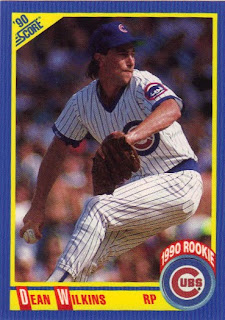 #630 - Dean Wilkins - Okay, no one said Rookie Cards were Score's strong suit. Wilkins had a short stint, only playing 25 games over 3 years. He left the league with a 3-1 record and a 7.55 ERA.
Okay, so the end of the pack sucked, but on a whole, this has to be one of the best packs of 1990 Score that could ever be opened. Ever! Lou, Ryne, Dave, Smoltz, Bo, Doc, and Bert. Yowza. You might as well quit while you're ahead.
Thanks, dad! Happy Father's Day!

I'd say the Heath/Puckett play at the plate was my favorite. But I'm biased.

I'm not excited about Ryno eventually managing the Cubs. Yes, it's good for a PR stunt, but given the Cubs track record in the last century, it will only end up tarnishing Sandberg's legacy in Chicago.

then or now, I say that pack dominates.

Yes, that's exactly why I don't want him managing us. Because he'll screw up like all the others and we'll end up hating him.
--Jon

4 years later reading this, and lots of comic gold in this post.

"Either Score didn't know how horizontal works or Huson is batting from The Mystery Spot."

"I always get Chris frickin' Sabo. I can't get away from this goggle wearin' mofo. The back of the card shows him without his scuba gear. I didn't show it for fear it may cause dizziness or nausea."