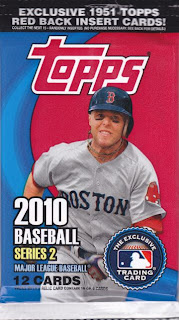 I finally ran into some 2010 Topps Series 2. Here's a pack I purchased just a few hours ago, which ended up being my very first from this set. I also purchased a cereal box and a blaster, and I will be doing a three-part study/comparison on my blog in the next week or so. I know you're excited. Don't try to hide it. 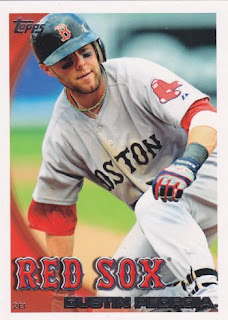 650 - Dustin Pedroia (Here is a very small man - for a professional athlete - trying to squeeze his body inside a picture frame. This is pretty amusing.) 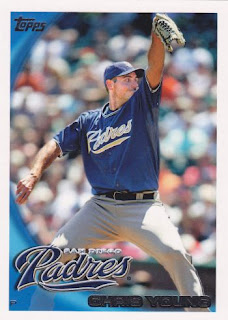 657 - Chris Young (Young is getting fairly intimate with his own armpit here. I feel bad for the guy, because he was having a pretty solid career until Albert Pujols broke his face fractured his skull. Ugh.) 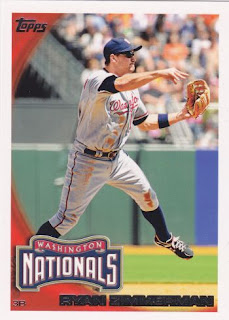 561 - Ryan Zimmerman (I think Zimmerman pre-dirtied himself before the game started.) 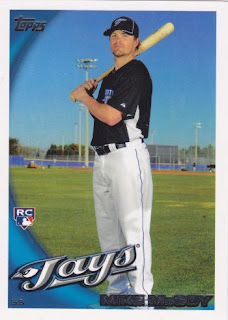 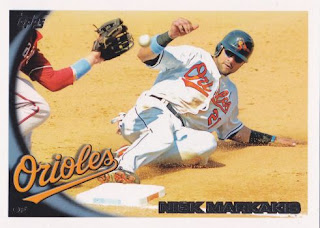 559 - Nick Markakis (My working theory is that the portrait photos are pretty half-assed in this set, while the landscape varieties are excellent.) 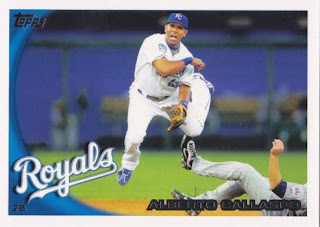 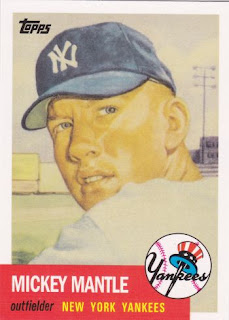 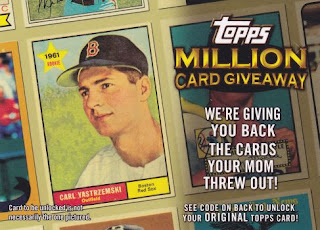 TMC-20 - Million Card Giveaway Yaz Version (It's nice to get a code in my first pack, since I was having some really bad luck pulling these last time around. I might redeem this soon if I feel like the timing is right.) 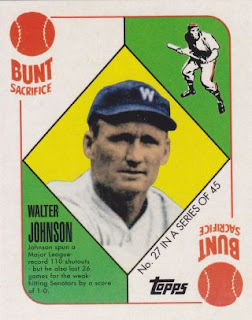 27 - Walter Johnson Red Backs (Here's one of the Target exclusives. It looks like there's another set of 45 to collect.) 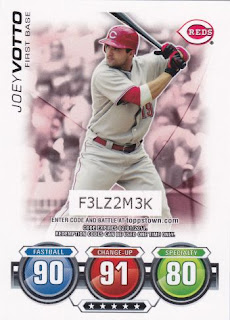 - Joey Votto AttaxTown (I don't understand this. All I know is that these are not numbered, which is annoying. Is there a more rare version of these like the "gold" Topps Town cards we saw in the past?) 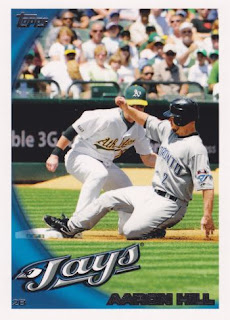 557 - Aaron Hill (has sucked this year and is ruining my chance at Fantasy Baseball domination is the end of that sentence.) 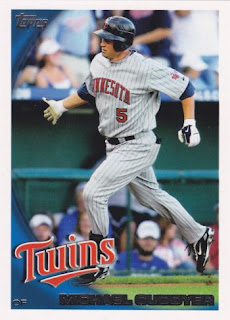 The red backs are one 45-card set, split into three series across Topps 1, Topps 2 and (presumably) Topps Update & Highlights.

Ah, okay. I think I knew that, but I was pretty tired when I posted this.