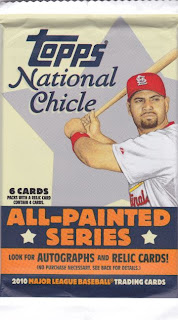 I had already committed to not collecting this set based on some... well, what I'd consider "missteps" with some of the artwork and just my general lack of a budget to collect everything in sight. I bought the Cardinals team set, short prints exclusive, but the pack-opening addict in me couldn't resist buying just one teensy little pack just to see what was inside. 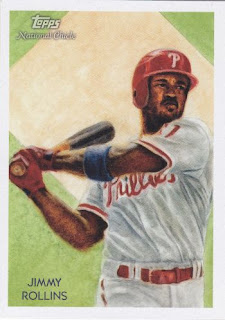 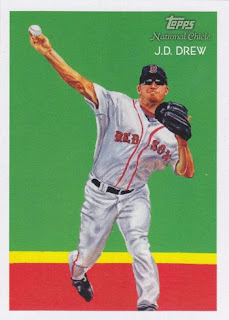 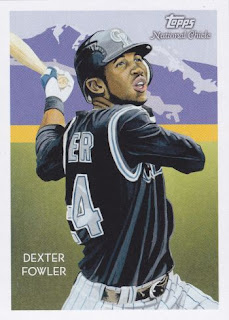 175 - Dexter Fowler (This is probably my favorite card of the pack with the Rockies in the background.) 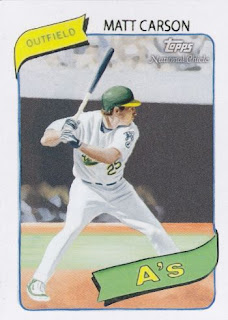 324 - Matt Carson (I guess this is supposed to evoke memories of Rickey Henderson's 1980 rookie card, but I don't know who Matt Carson is.) 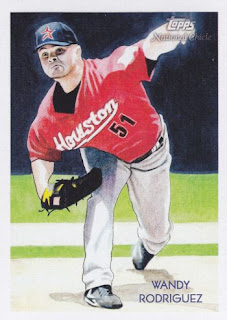 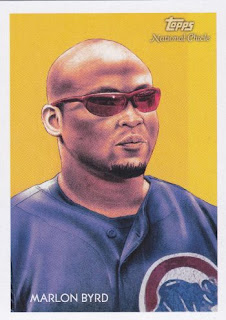 174 - Marlon Byrd (I never really gave Byrd any credit as a center fielder until seeing him play against the Cards this season.)
- Checklist 1 of 2