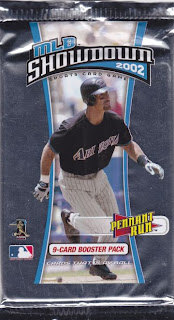 2002 MLB Showdown was apparently released in several series. There's also a Trading Deadline series, which I would imagine was a "series 2" to this set's "series 3" distinction. I'm not sure why I find this stuff to be somewhat charming and fun when I feel very much the opposite about Topps Attax. They're practically the same thing. 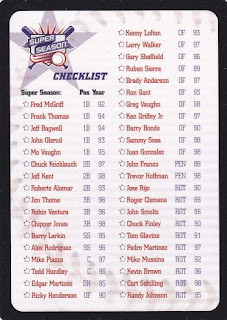 - Super Season Checklist (I think the Super Season cards are just a subset, but they have their own checklist.) 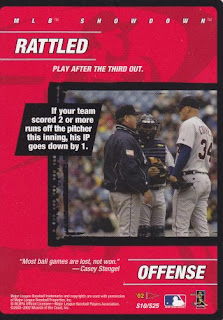 S10 - Rattled (As with other MLB Showdown packs, this comes with a couple of "strategy" cards. According to Beckett and Google, this is Tigers pitcher Nate Cornejo.) 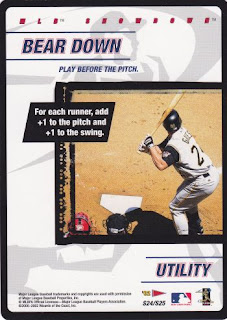 S24 - Bear Down (This appears to be Brian Giles at the plate in his Pittsburgh days. I'm not sure that he has any affiliation with the University of Arizona.) 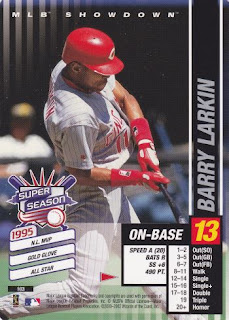 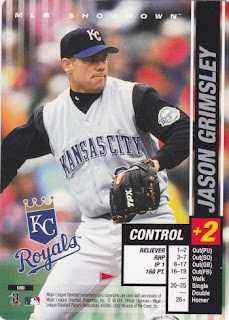 80 - Jason Grimsley (Not only was Grimsley a key player in the whole steroids ordeal, but his name also sounds like a cartoon villain.) 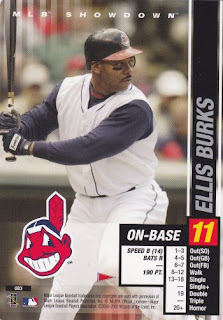 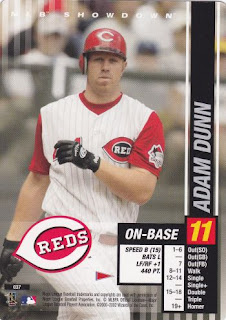 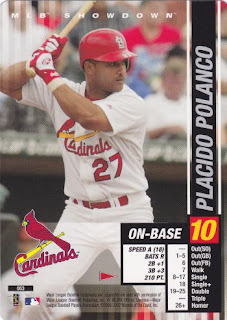 53 - Placido Polanco (I'm happy about this card because I only have a couple of Cardinal Polanco cards for my team collection. Why are the logos titled on these cards, anyway?) 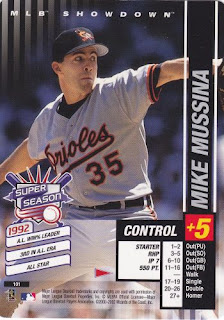 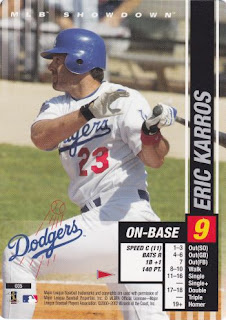 35 - Eric Karros (Karros played baseball? All I can think of is obnoxious FOX broadcaster now. Perhaps I just hate FOX because of their maddening blackout restrictions.)