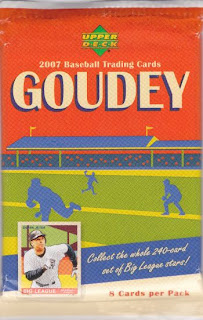 Upper Deck's first tribute set to Goudey was by far my favorite, but I've always had a hard time finding packs. I guess I'm just a sucker for smaller than standard sized baseball cards. Each card came in two versions, with text on the back in either green or red. In this pack, the first four cards have green text and the last four have red. 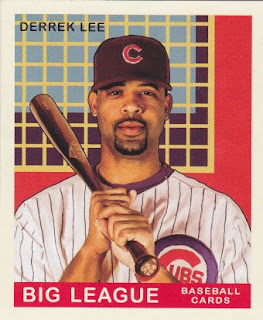 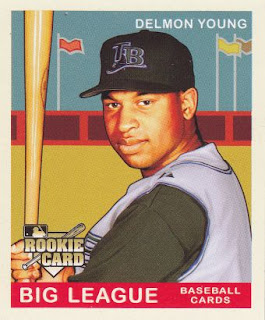 197 - Delmon Young (Young was a can't-miss prospect before the whole bat meets umpire incident. I wonder if Bryce Harper will suffer a similar fate.) 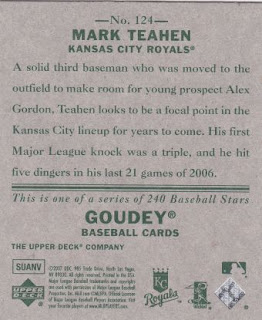 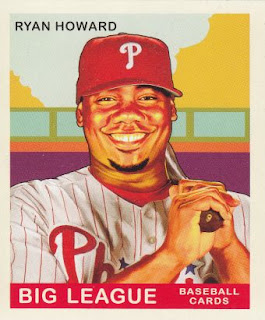 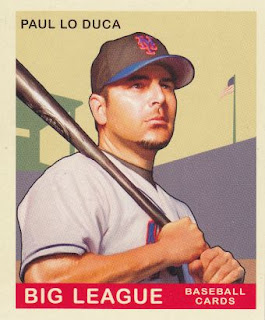 82 - Paul Lo Duca (Lo Duca recently resurfaced in the Rockies system but was released a week or two ago.) 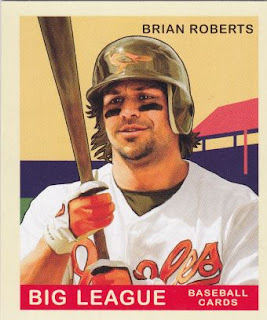 19 - Brian Roberts (This one always freaks me out a bit.) 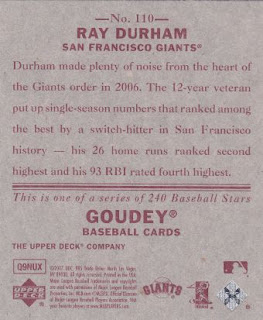 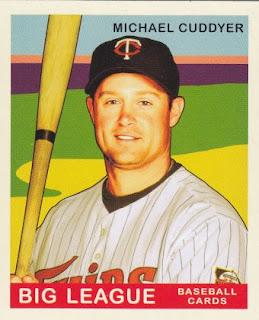 134 - Michael Cuddyer (And Cuddyer gets to round out the pack.)

These are still my favorite Goudey's. Could Ryan Howard look any happier?