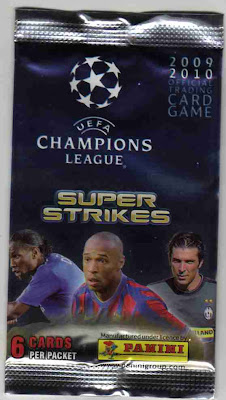 Panini football cards! No not that American crap that was boring when Donruss and Playoff was doing it, proper football cards. I just got a whole pile of football bards and stickers from John at The Pursuit of 80sness.I ripped the World Cup stickers on my blog, I'll rip the oddball packs here. Good thing I got these when I did, Canuck found a box of World Cup football cards in in Canada and I'm burning with envy. They've got cool looking cards like that up there and we get stuck with Topps Attax. Bleargh. First up is a pack of UEFA Champions League Super Strikes game cards.

This is a game like Attax or Adrenalyn, with 350 cards, 100 of which are short printed from 1 in four to 1 in 24 packets. Normally I'd grouse about the difficulty of completing a set with all those short prints, but this is new and nifty and I'm never seeing another pack of these as long as I live so set building is ow on the priority list for me. Looks like there's Update Packets too so you can get more teams for the increasingly hard to build set. Here's one of the cards: 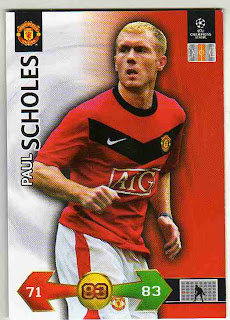 This is Paul Scholes of Manchester United. The cards don't appear to be numbered and you have to figure out the team by the logo in the upper left corner. Some I recognize, others not so much. The cards are very glossy, almost plastic. There's a game element in the top right corner that I guess indicated the pisition of the player (Midfielder?) another icon on the bottom right that looks like a shot on goal and three numbers whose meaning escapes me. Attax and Adrenalyn are basically complicated versions of the card game War, so I'm guessing you compare the numbers on two cards to see who wins. The packs are even more cryptic:

Red, orange and green. I guess they indicate the position and there's another color for goalies. Other than that, I know nothing. 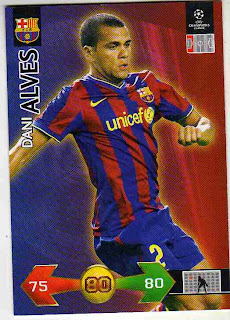 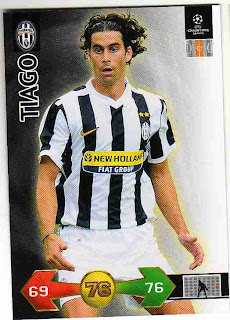 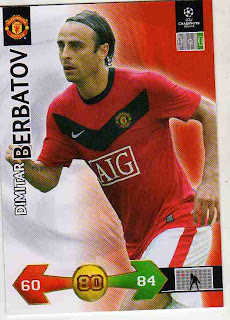 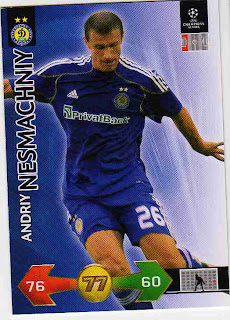 Andriy Nesmanchniy who plays for... I have no idea 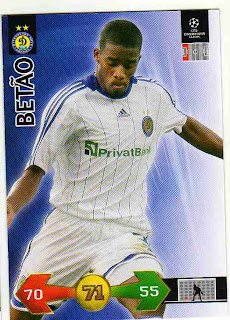 And Betao who plays for the same team as Andriy.


The cards are cool but i have no freaking clue who any of these people are. And I've got 8 packs to go! More football ignorance to come!

and if you don't want those United dudes.... there's a home way up north for them.