Written by Collective Troll at 1:48 PM
Today’s Collective Troll pack rip is the comeback edition of Bowman, a wax pack of the awkwardly oversized 1989 Bowman. The pack featured a stick of gum, with a corresponding gum stain and 12 baseball cards with a color photo on the front and a full spreadsheet worth of stats on the back. T 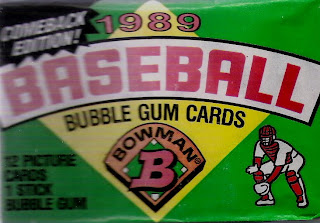 he complete set includes 484 cards; you can view the checklist here.
I didn’t chew the stick of gum, but I did rip and scan the pack. Here is what we got: 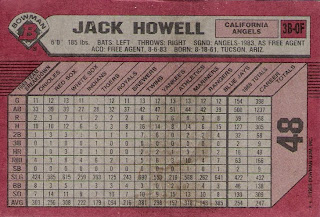 I got the gum out of the way, so I started with the gum affected card. 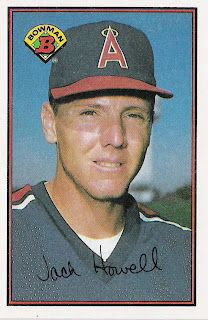 It is #48 of Angels utility man Jack Howell. 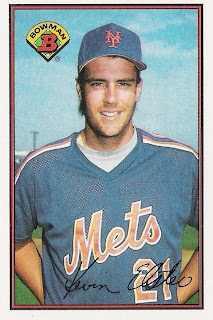 Next is card #383 of Mets shortstop Kevin Elster. 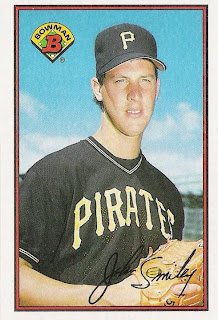 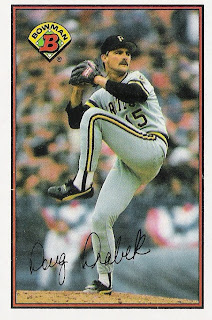 Next is card #158 of Twins third baseman Gary Gaetti. 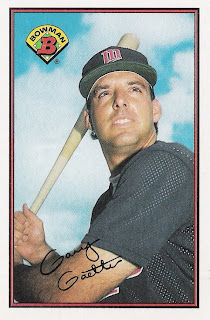 The Rat was the MVP of the 1987 ALCS and won a ring for the Twins that year. Over his 20 year career he blasted 360 homeruns and played every position except for catcher. Brewers’ outfielder Glenn Braggs appears on card #145. 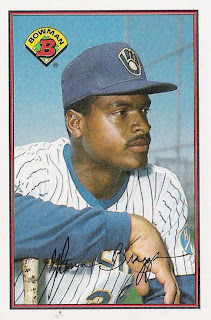 Braggs did set a career high with 15 homers in ’89 but never really fulfilled the expectations when the Brew Crew picked him in the second round of the ’83 draft. 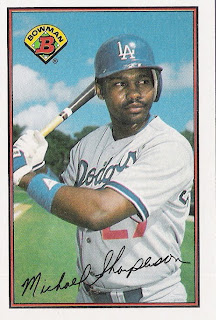 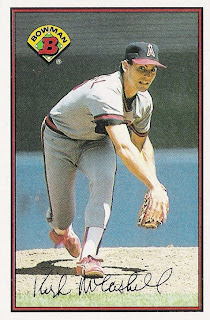 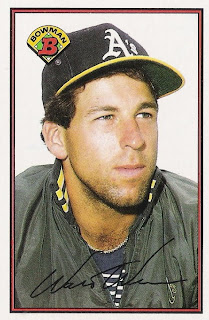 A reprint of Ted Williams 1954 Bowman card is next. 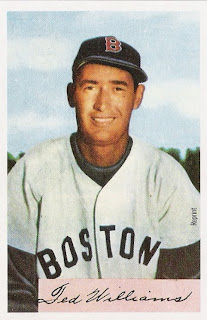 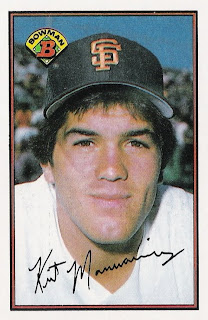 The next card is #469 of Giants catcher Kirt Manwaring. 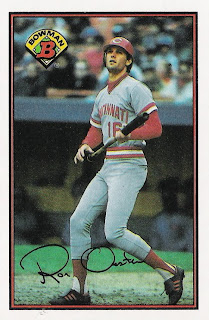 Reds second baseman Ron Oester appears next on card #310 and now for the final card in this pack. Drum roll please…
It is card #464 of Padres pitcher Craig Lefferts. 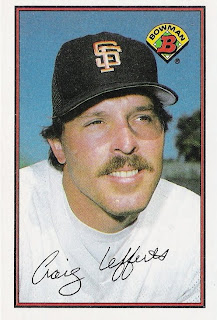 A drum roll probably wasn’t necessary, but Lefferts did have a nice 12 year career where he saved 101 ball games. That is it, no Stephen Strasburg superfractor for me, but I am not sure if he was even alive in 1989. Thanks for reading! Go Rays! Troll out.

The shadow sorta makes it look like Lefferts has a monocle. That is awesome. Has there ever been a baseball themed Bond villain?