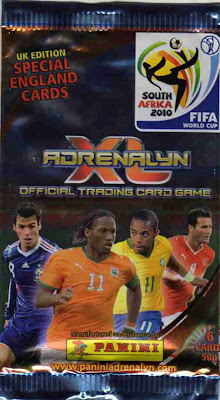 Here's a second pack of Panini Football cards from Jolly ol' England. It's another game pack from Panini. This one is called Adranalyn XL, like the basketball game inthe US, but it is the same gameplay as the Super Strikes game cards.Once again there are 350 cards, 100 of which are short printed from 1 in four to 1 in 24 packets. These are still Football players but instead of club teams there are the World Cup nations instead. This is the UK edition which means SPECIAL ENGLAND CARDS but I didn't get a Brit in the entire pack so I couldn't tell you what they were. Here's da pack: 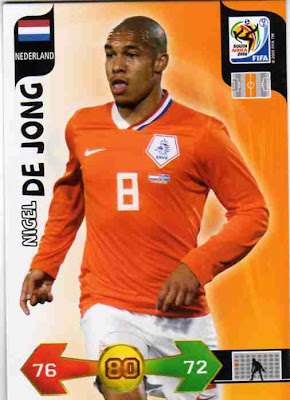 I don't have a lot of stickers in my World Cup album, but it is a good reference guide. In it I learned that Nigel plays for Manchester City. Or played, at least, I've read a couple of articles stating that after the Cup, players are going to be transferring from team to team like there's no tomorrow. Football hot stove, perhaps? 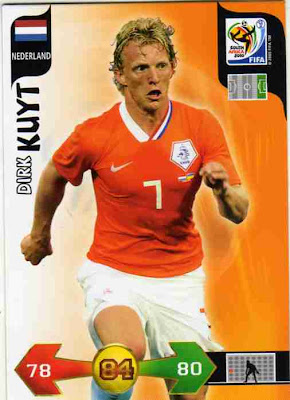 This dude plays for Liverpool.

I missed the Brasil - Ivory Coast game, but from what I heard it was a big load of Kaka. This guy plays for Inter who just won the Champions League. 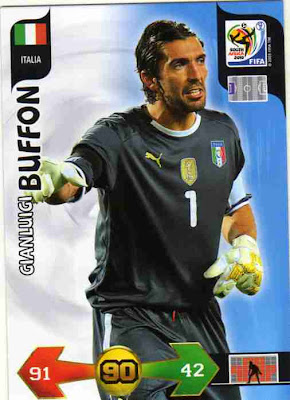 Goalkeeper for Juventus. Also this: 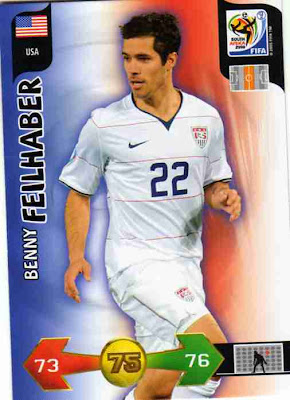 Benny plays for AGF Aarhus whatever that is. I took 3 years of German and I'm pretty sure Feilhaber means "One who has Fail" in Deutsch. Are we sure we want him on our team? 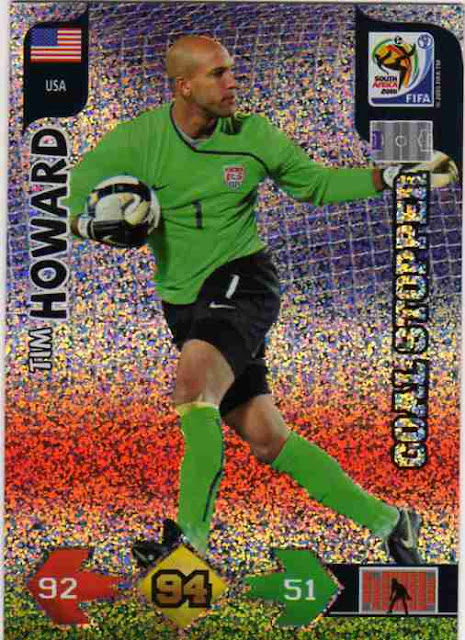 WOOOOOO! SHINY YANK GOALIE!!! I'll bet I get more trade offers for this than my Strasburg Chrome. WELL YA CAIN'T HAVE IT. This goes directly into the kickass binder. Tim plays for Everton which is now on the short list of Premier League teams I will consider rooting for.


Well, that pack kicked booty. I might have to engineer a swap with someone across the pond for some baseball packs for a bunch of these.

I haven't heard that sketch since college! I always thought it was the Dead Ale Wives. Good stuff.
--Jon