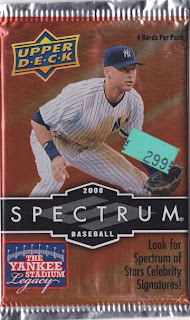 I just bought a blaster of 2008 Spectrum for a very low price when I realized I also had a pack laying around that I hadn't done anything with. When you're done laughing at the results of my blaster, here's a pack that I can assure you I most certainly did not pay $2.99 for. 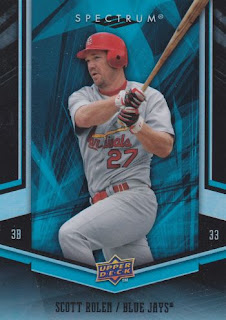 88 - Scott Rolen (Scott Rolen is finally healthy. Scott Rolen is showing power he hasn't shown since 2004, when he was a leading MVP candidate. I wonder if the Blue Jays are still content with trading Scott Rolen.) 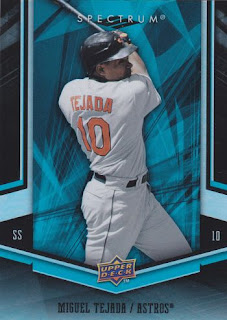 10 - Miguel Tejada (Here's another player that changed teams but is pictured with his former team. Say what you will about Upper Deck, but at least they didn't abuse PhotoShop.) 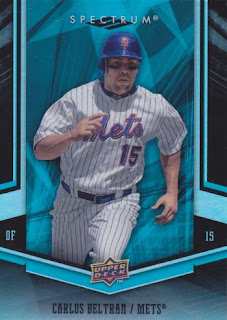 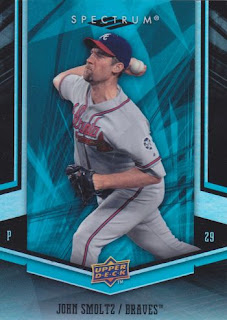 I love to see Rolen go off against TLR and the Cardinals. They really tried to butcher his image.