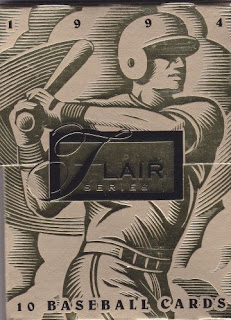 It's my opinion that the 1994 Flair cards are some of the best looking "premium" cards out there. They come in a box! How cool is that? The only thing wrong with this stuff... and maybe the reason it's so cheap now... is the player selection and the fact that it came around in the junk wax era. I'm guessing it was expensive then. I got this pack in a repack box recently, so let's see what it's all about. 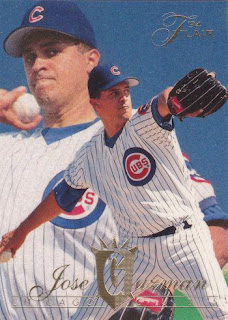 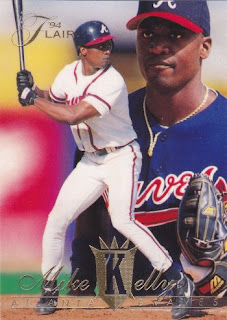 127 - Mike Kelly (Was he related to Roberto Kelly? I don't remember. I remember him being a huge prospect and then... not much of anything.) 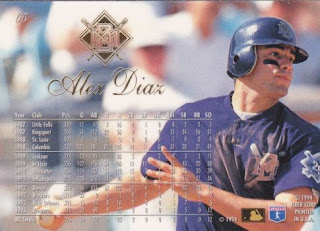 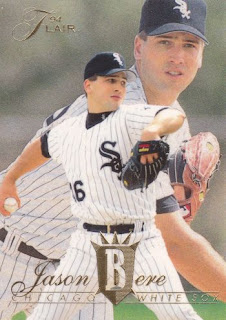 29 - Jason Bere (Bere had quite a rookie year and appeared on his way to stardom...) 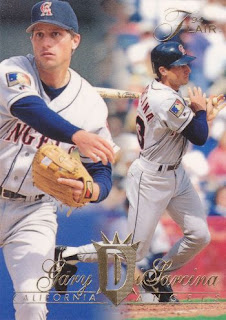 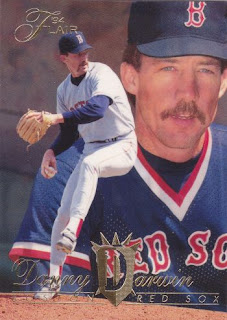 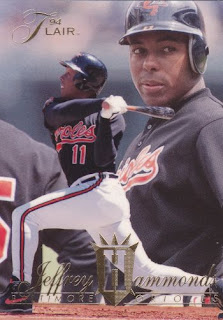 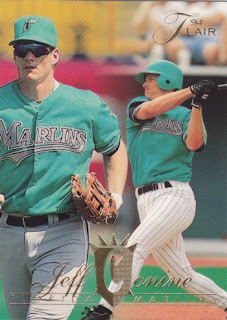 161 - Jeff Conine (The Original Marlin wearing a LOT of teal.) 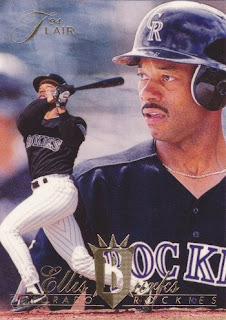 20 - Gary DiSarcina (Again?? Maybe I was too nice about this product.)

I remember when those came out there was no other base set design even in comparison.

One of my all time favorite sets. I remember just staring at them in the Beckett advertisement. Then finally, straight A's got me the complete series one base set. Oh, and I loved the Outfield Power too.