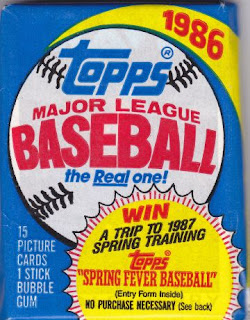 Here's an example of some cards My Mother May Have Actually Thrown Out. 1986 was the first year I ever opened a pack, and most of my Topps cards from that year ended up rather "well-loved" and dog-eared. This pack originally would have cost 35 cents back in the day, but I found this in a repack box. 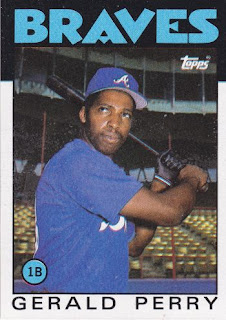 557 - Gerald Perry (This card has wax all over the front, and I seem to recall most '80s Topps packs had wax residue staining the backs of cards, not the fronts. I wouldn't be surprised if this pack was opened and resealed at one point, a common issue with wax packs. Why anyone would want to reseal an '86 pack is beyond me, though. No cards in this set have ever been worth anything.) 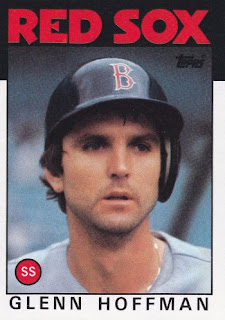 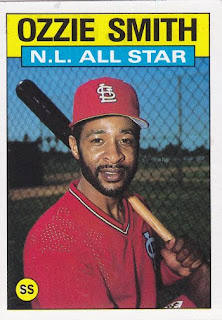 704 - Ozzie Smith All-Star (A classic card of my favorite all-time player. I probably have 4 or 5 of these, though. Speaking of which, does anyone want any of my Ozzie doubles?) 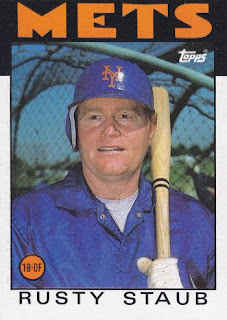 570 - Rusty Staub (I was fascinated by this guy when I was young. He looks like an old man and you can barely read his stats on the back because he had played so many years. Colt .45s? Was that a real team?) 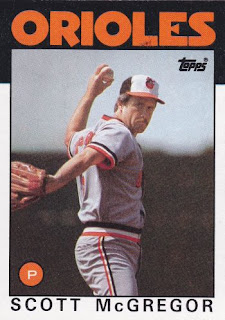 110 - Scott McGregor (My 10-year old mind would have probably associated this card with the Tale of Peter Rabbit.) 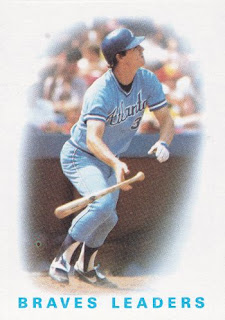 456 - Braves Leaders (The Team Leaders cards that season all had the "dean" of the team pictured on the front. I can appreciate the gimmick now, but along with the ghostly white soft background borders they made a really boring card. Dale Murphy is one of the few stars that is pictured on these cards.) 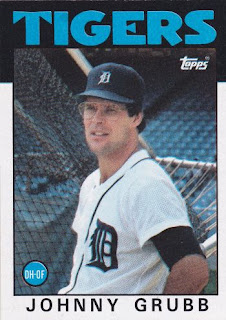 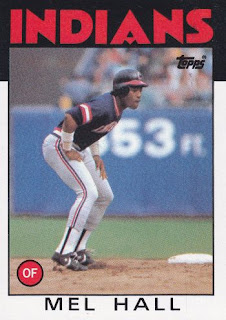 647 - Mel Hall (I feel like the design people had the Indians in mind when they came up with this look.) 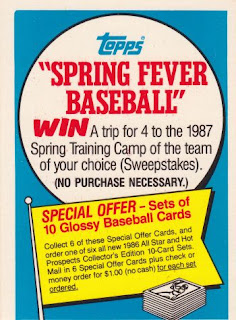 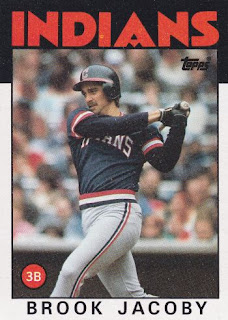 116 - Brook Jacoby (According to the back of the card, his Jacoby's first Topps card came in the Traded Set of his 3rd Major League season. That sort of thing would never happen anymore.) 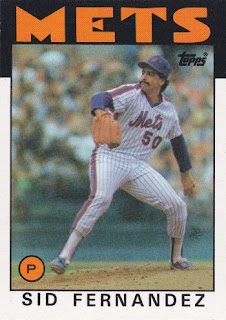 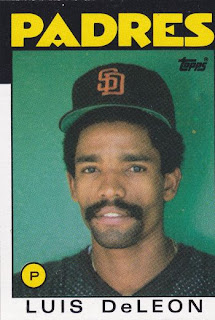 286 - Luis DeLeon (Sorry about the scan cutting off the image. This was the lesser known ex-Cardinal DeLeon. Jose DeLeon was quite the strikeout pitcher by the end of this decade while Luis pitched a handful of games for the Redbirds in 1981.) 269 - Dane Iorg (Another former Cardinal who faced his former team in the '85 Series.) 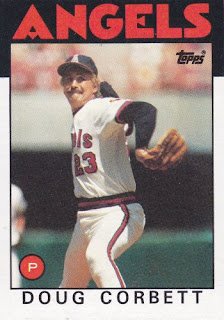 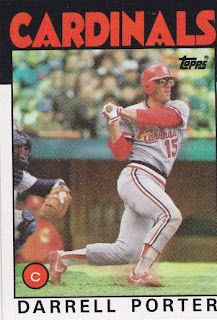 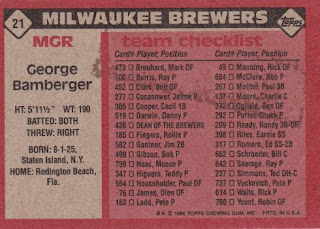 21 - George Bamberger (The back of the Brewers manager's card is gum-stained, but you can still see the team checklist.)

Email ThisBlogThis!Share to TwitterShare to FacebookShare to Pinterest
Labels: 1986 Topps

They are pretty much worthless, but I love 'em. I'm going to collect the absurdly large set one of these days (600 to go!) but they're readily available and the design is obnoxious enough for me to Hall of Fame it.

'86 Topps takes me back to my childhood. The Cecil Fielder was ten dollars for a while (probably why a lot of '86 wax is resealed) before fading off into card oblivion. I had the exact same feelings as a kid as you did about the Staub.
Verification word: rexid
Sounds like a prescription commercial.

I was wondering when someone was going to open one of these. This was my first pack of cards. In terms of memories, it will never get better than this set.

Wax stains on the front of cards were pretty common on Topps cards printed in the 1980's. Unlike the stubborn stains on the back of 1980's Topps' cards, you can actually remove the stains on the card fronts by rubbing them with a nylon or a kleenex.

The only other cards of any real value back then would have been the Clemens and Mattingly cards. I opened two whole boxes of 1986 Topps and never got a Mattingly. Opened one box of 1986 OPC and got three.