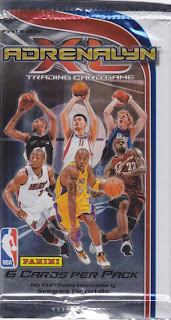 Are you PUMPED? You know I am PUMPED!
Now, before I get into it, here's a disclaimer about this product. I picked this pack up at Target (99 cents) before I read this article which tells you just about everything you need to know. I won't waste your time with a lot of explanations, but the bottom line is that this is Panini's entry into the TCG/CCG world (Topps did this recently with "Topps Attax") and that 5 million packs of this stuff are being distributed, including 1 million that were handed out for free through various promotions related to this past NBA All-Star Weekend. A quick eBay search revealed that there are soccer versions of this set with the same Awesome Brand Name (or is that Awesum?) 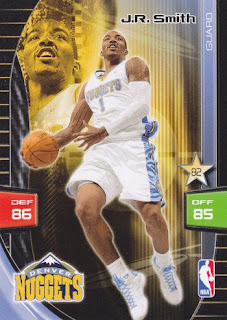 82 - J.R. Smith (I am just guessing that the card number is the thing inside the star as there's nothing on the back but some EXTREME logos and an activation code to "build your virtual collection" and do other things, virtually.) 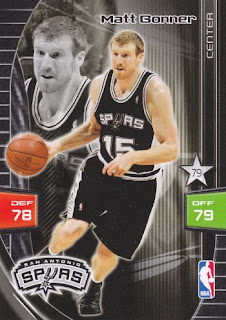 79 - Matt Bonner (The card designs are very reminiscent of some '90s inserts and other odd products. In fact, if you replaced these players with some '90s players and told me it was a SkyBox set, I wouldn't give it a second thought.) 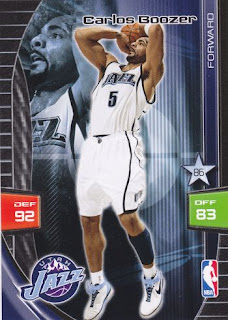 86 - Carlos Boozer (The two other numbers on the front are apparently the "stats" of the card. There's probably scoring rules online somewhere. Based on the target age of 6-11 years old, I'm guessing the game isn't all that complicated. That again, I had a lot of trouble following Pokemon plots that could probably be better explained by someone in that age bracket.) 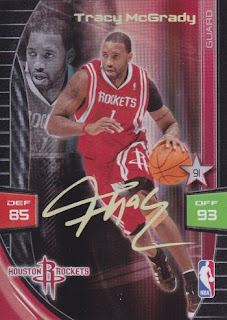 91 - Tracy McGrady Gold Rainbowy parallel thing (It's too bad that McGrady is so unlikeable because this is a really nice looking card. If all of the cards looked like this, I'd be much more inclined to keep buying it. I'm not sure if this is one of the "super-rare, game-boosting Ultimate Cards" that it tells you to watch for on the back of the wrapper or if there's one of these in every pack. I can say that the scan doesn't do it justice.) 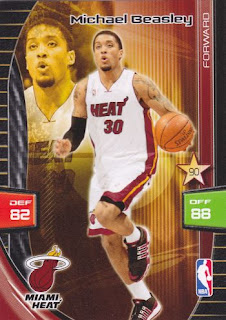 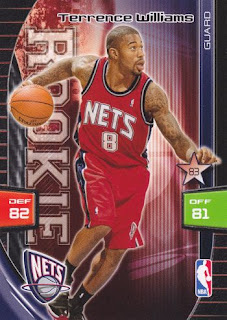 83 - Terrence Williams Rookie
Well, that's it. It's time to come down from my Adrenalyn Rush now and crash.

My pack didn't have a parallel.

This might be a nice little set to collect