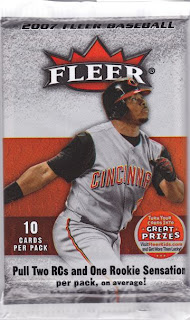 Spring training is upon us! That also means that it's time to start thinking about fantasy leagues. With that in mind, here's a pack of Fleer's last flagship baseball set, Upper Deck style. These are still favorites of the repack scene. 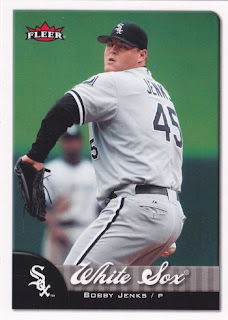 259 - Bobby Jenks (Jenks is still with the Sox and had a solid 2009. He's still in line to be the closer next season with J.J. Putz in the fold, so he's a worthwhile pickup. Anyone who closes is worth picking up, honestly.) 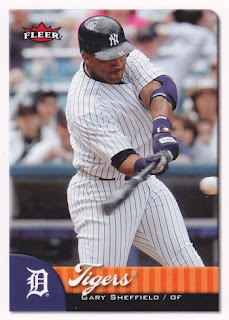 129 - Gary Sheffield (Um, no. No one should even think about giving him a job at this point.) 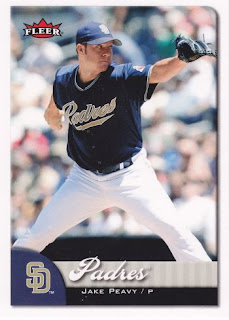 82 - Jake Peavy (Peavy will probably still need more time to adjust to the AL after last year's taste, so he might be a bit of a risk.) 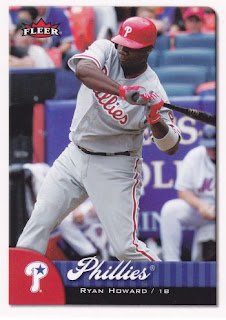 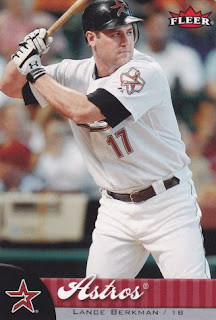 198 - Lance Berkman Die Cut (I'd avoid Berkman, because I think he's on the decline and the Astros just seem like a complete mess.) 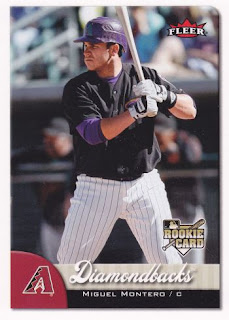 322 - Miguel Montero (At some point we're going to be nostalgic for the "old" rookie card logo. Montero had his best season yet last season and is probably a decent pickup as far as catchers go.) 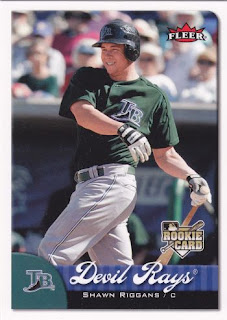 367 - Shawn Riggans (Riggans is with the Mets now and has yet to make much of an impact in the majors yet.) 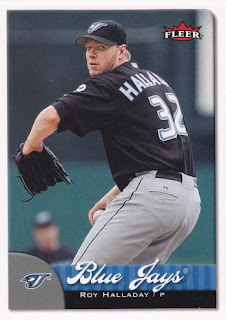 14 - Roy Halladay (Halladay should hopefully benefit from the transition to the more pitcher-friendly league and he's been one of my fantasy mainstays since I first started playing several years ago.) 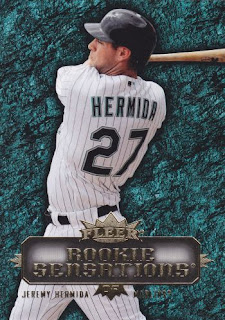 RS-JH - Jeremy Hermida Rookie Sensations (Hermida moved over to Boston after two consecutive subpar seasons with the Fish. I'm not sure what their plans are with him.) 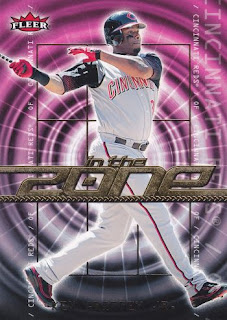 IZ-KG - Ken Griffey Jr. (Great looking card, but if you're a fantasy player you already know what kind of value he has at this stage of his career. If a guy has his own Super Nintendo game, he's probably too old to be on your roster.)
Now it's time for me to start looking at my rosters for my keeper league teams...

Email ThisBlogThis!Share to TwitterShare to FacebookShare to Pinterest
Labels: 2007 Fleer

And what a great Super Nintendo game it was! Well, the first one anyway. Winning Run blew.