Written by Jeremy at 9:14 PM
Whenever I stop by the hobby shop he always has a bunch of these in a big bucket with reduced price packs. I finally grabbed a pack to see what they were all about. 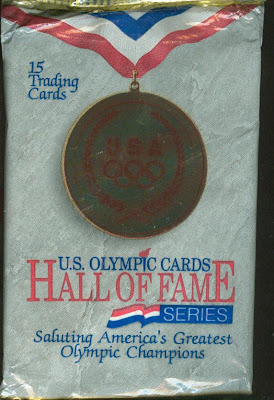 Their is 15 cards per pack and I believe the checklist is 90 cards. Each card has a pretty good bio on the back of the card. 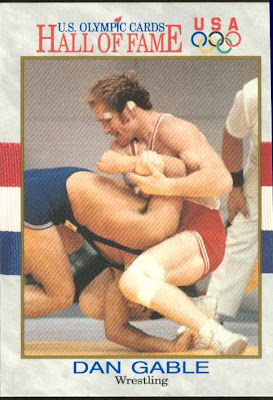 kind of a boring interlude with all the action shots in the set. 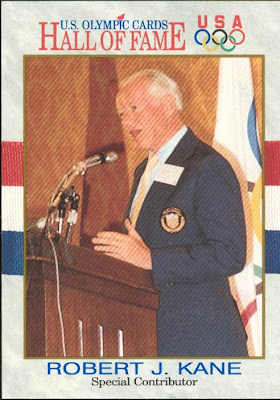 Back to the action shots. 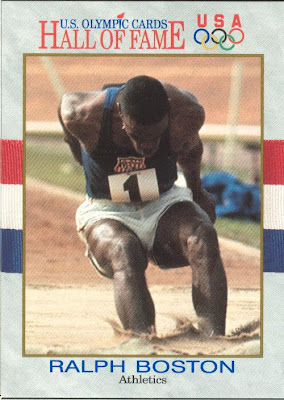 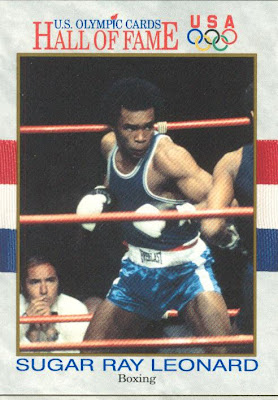 I love the guy sitting at the bottom left corner with a pensive look. 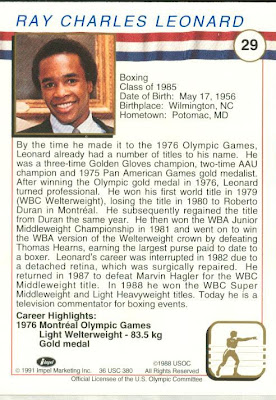 Here's the back. According to wikipedia he's named after the singer Ray Charles. 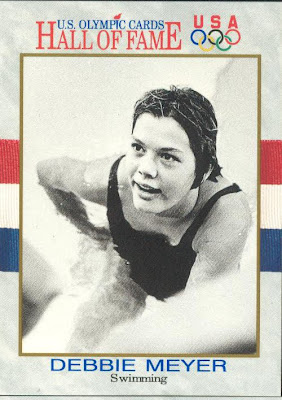 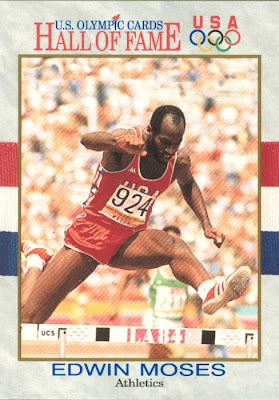 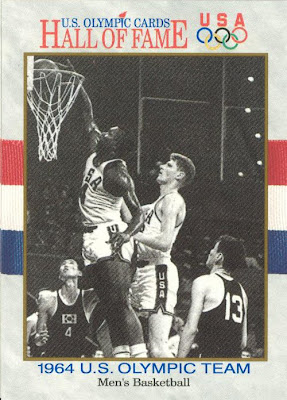 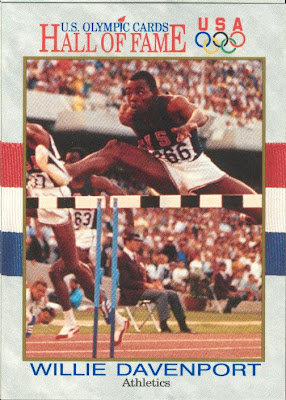 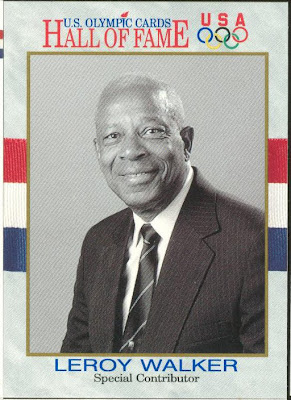 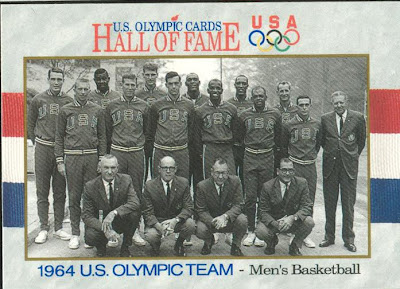 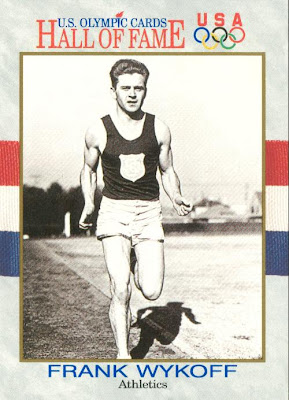 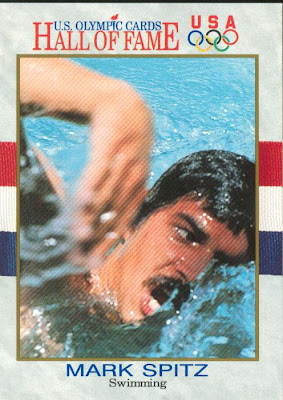 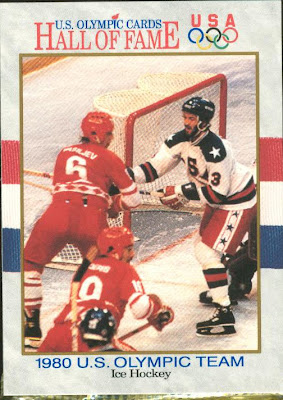 This is a pretty cool card. It has the roster on the back. (I forgot to scan it) 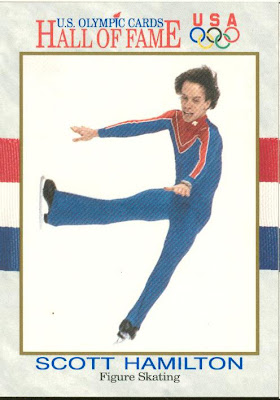 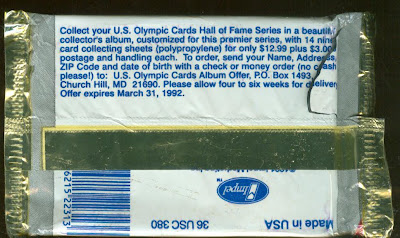 Since when did the jump into a puddle of mud become an Olympic sport. I would've been a gold medal contender for sure had I known about this.

Very cool. Somebody needs to come out with a modern set though..

At least they are made in the USA. I expected the back to say made in Canada or something.

A couple of interesting anecdotes around these:

- Dick Button is one of the few reasons I can stand to watch the occasional figure skating championships. He's something of an arrogant jerk, but he can back it up with his historical success. What I like is how ruthless he is when the skaters miss a landing or make some other mistake. In commentary, he could probably take Joe Buck with one punch (which I'd probably pay to see).

- About four years ago, I unloaded about three 1984 Hostess box panels on eBay with Olympian subjects. I had a guy write me in near panic about whether or not I had a Dan Gable card, in or out of the panels. Sadly, I didn't, but it opened my eyes to the ferocious (actual) wrestling fan base out there for this guy, especially if you share a border with Iowa.