As with most Collector's Choice sets or UD Choice as it became known, it is geared toward youth collectors who can't afford the premium products.  I believe the original retail price on these was somewhere between $.99 and $1.99. 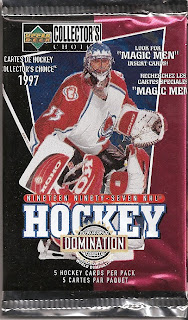 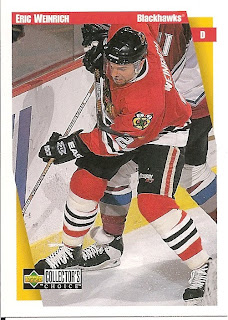 #52 Eric Weinrich
Another former Olympian.  Weinrich played on Team USA in Calgary in 1988 and again in the 1991 Canada Cup Tournament.  I always though Eric was a pretty darn good defense-man. 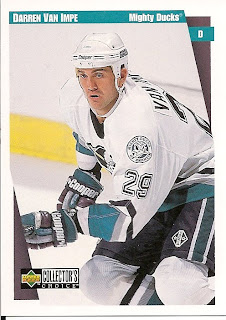 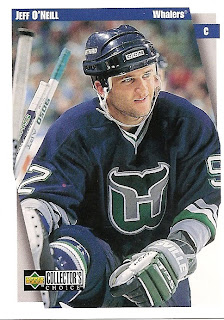 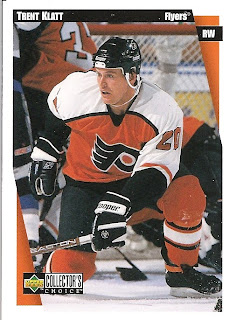 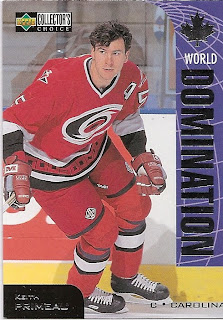 #W9 World Domination - Keith Primeau
This is showing him as a Hurricane but it is referencing the fact that he was a key contributor to Canada winning a silver medal at the 1996 World Cup of Hockey.  Keith was also a member of Team Canada in the Olympics at Nagano, Japan.

One of my favorite sets I collected because it was cheap and simple. No flashy design and if you're lucky you get one of those player stickers.