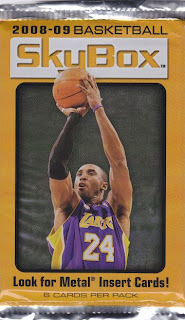 SkyBox apparently still existed as a brand as late as last year, which surprises the hell out of me. Somewhere along the lines, this one-time premium basketball brand took over Hoops and then was bought out by Fleer which eventually went bankrupt. This is the Upper Deck'd version of SkyBox. Now that Upper Deck is completely falling apart, it'd still be fun to someday see a brand of cheesy looking basketball cards with glowing basketballs be released by someone under the SkyBox name just for old times' sake. 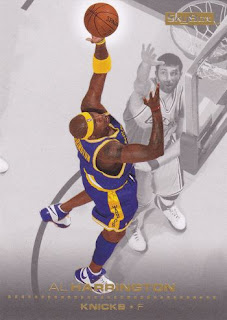 108 - Al Harrington (Harrington is pictured with his former team, the Warriors, and appears to be poorly guarded by the ghost of Vlade Divac. Well, maybe not, but it's close...) 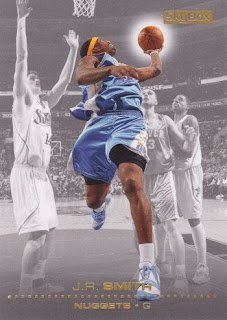 38 - J.R. Smith (The Nuggets are the next opponents up for my suddenly hot streaking Blazers.) 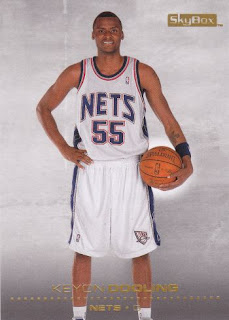 100 - Keyon Dooling (Dooling seems to float around the league, not doing anything particularly well.) 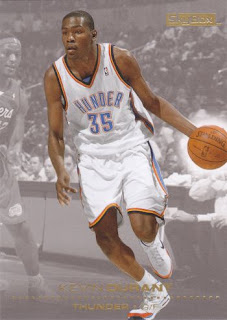 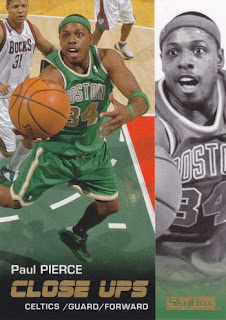 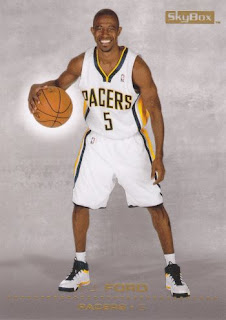 The Durant card is bad enough but it also looks like it's missing a letter and he plays for the Hunder! LOL

He sure is. Ah, the failures of Photoshop?