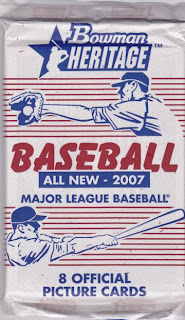 I guess I was late to the party. I really liked 2007 Bowman Heritage when I first saw it, but it seems that it wasn't all that popular and Topps had already recycled all of the Bowman designs it could come up with by this point and it was killed. Fortunately, this means that you can still find this stuff fairly cheaply, and I'm currently working on putting the set together as well as the prospects and rainbowy foil cards. In the meantime, here's a pack that came with a repack thing. 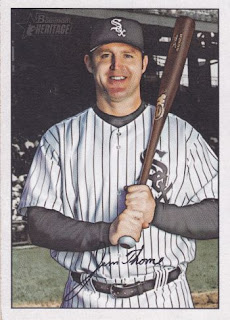 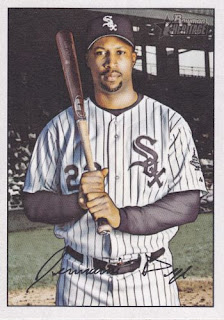 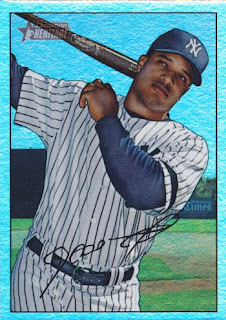 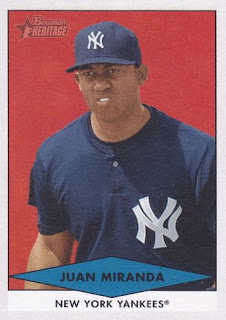 BHP95 - Juan Miranda Prospects (I'm not sure who he is, but people probably bought his cards anyway because he was wearing a Yankees uniform of sorts.) 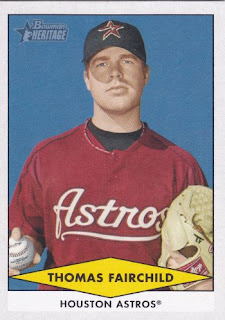 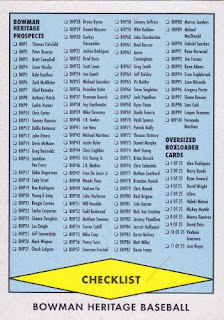 3 of 3 - Checklist (I don't usually scan checklists, but I like the way these ones look.) 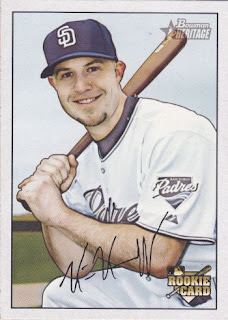 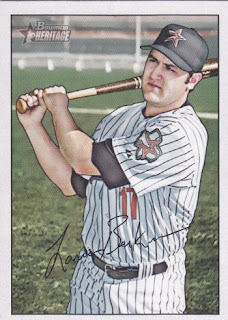 27 - Lance Berkman (Will Berkman return to form this season? Will I care? I really don't like the Astros.) 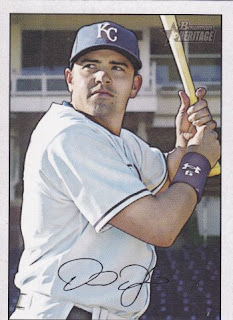 87 - David DeJesus
Alright, now it's time to work on that wantlist...

I have a bunch of the 2007 Bowman Heritage as I busted a few boxes of them if you are interested. Let me know and we can work something out.

Today was the first day of free postings under 99 cents on ebay (up to 100 a month - up from 5).
Yesterday there were 207,000 Topps cards listed for sale. Today there is 1.5 Million listings for Topps cards.