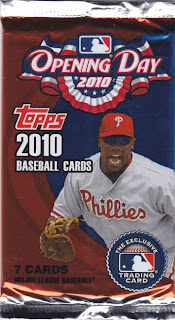 Topps Opening Day returned after a year off with one extra card than previous years and no gum for the same low price of 99 cents. Not only that, but there are no less than 6 easily attainable inserts/parallels making this an affordable pack you could buy with pocket change. Am I overselling it a bit? Well, there is a reason why these packs have Ryan Howard on the wrapper when the regular Topps packs have Albert Pujols. 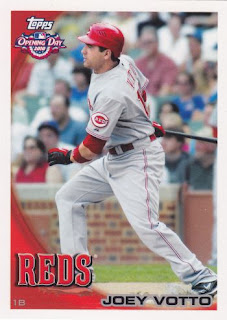 23 - Joey Votto (It seems like Joey Votto's rise to the majors was completely overshadowed by Jay Bruce's debut, but Votto has been much more solid than Bruce so far.) 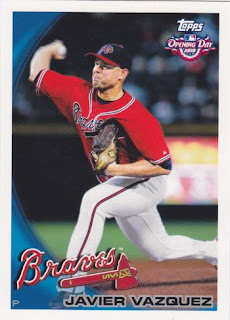 116 - Javier Vazquez (Vazquez has a career season in his first with Atlanta only to be shipped out the following offseason. Nice.) 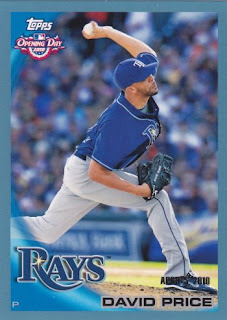 99 - David Price Blue Parallel 1104/2010 (These are the Opening Day equivalent of the Gold parallels and are printed in the same quantity. They're much easier to attain, however.) 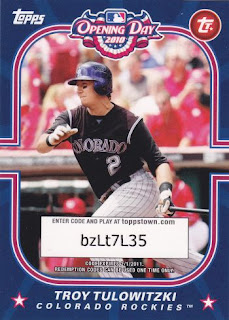 TTS10 - Troy Tulowitzki ToppsTown Stars (ToppsTown cards have a different look in this set and are inserted into every third pack instead of every pack. Oh, look. Free code!) 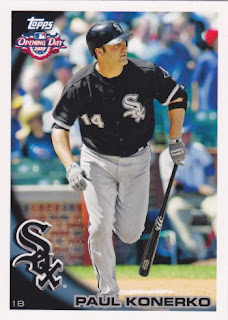 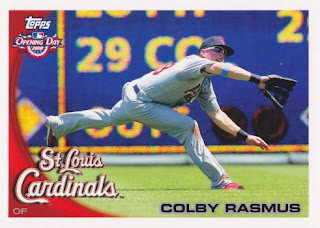 91 - Colby Rasmus (I'm hoping Colby has a big year this season. I backed up my belief in him by drafting him and stashing him on the bench of two of my fantasy teams so far.) 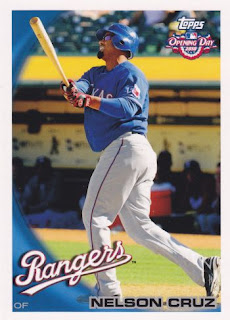