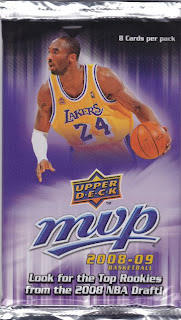 After all of the budget sets that Upper Deck has released over the years, I can't keep track of what is what. I don't know where MVP ranks versus Victory, Collector's Choice or First Edition. Well, actually, I think I know where First Edition ranks and it's the sort of the thing that stays on the shelf long after everything else has been picked over. The players on the front of basketball wrappers usually make it difficult to entice me to buy a pack, but I ended up with this anyway somehow. Let's see if I get one of "the Top Rookies from the 2008 NBA Draft!" 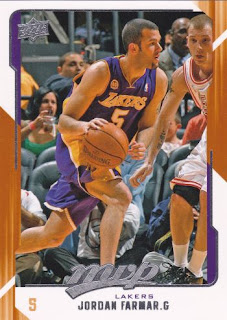 72 - Jordan Farmar (Ugh, it's a Laker convention. A UCLA Laker at that. I actually never understood why Farmar didn't get a shot at starting over Derek Fisher, but what do I know. It's not like that hideous team won a championship or anything.) 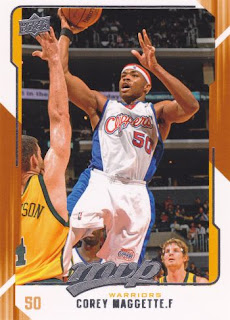 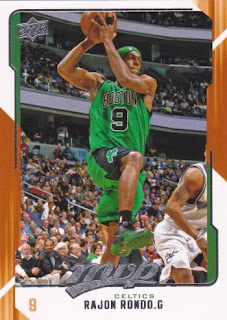 9 - Rajon Rondo (Rondo has turned into a star. I just wonder where he'd be if he wasn't surrounded by the veteran talent that Boston's acquired.) 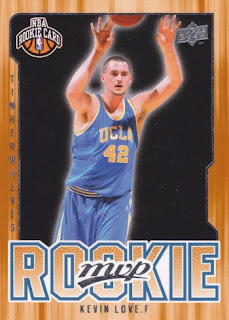 205 - Kevin Love (I suppose this counts. Love never really grew a big following in his home state of Oregon for some reason. It must have been that whole UCLA thing.) 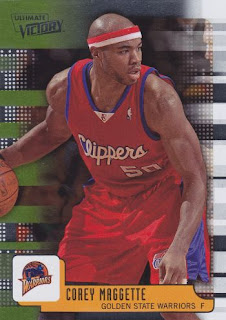 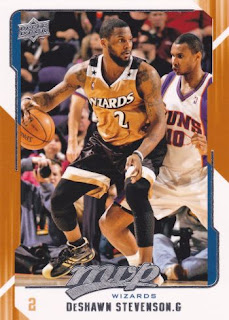 168 - DeShawn Stevenson (These have to be some of the worst NBA uniforms ever.) 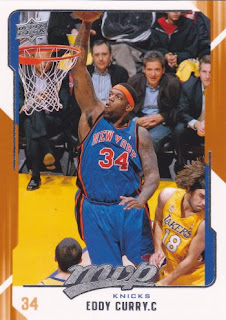 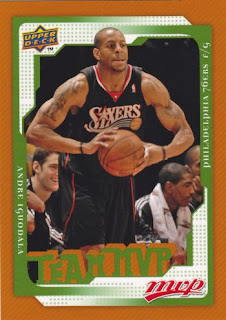 192 - Andre Iguodala Team MVP (No, the letters that spell out "TEAM MVP" are not any easier to read if you're holding the card. Who designed this?)

The true irony is that a pack filled with Clippers, Knicks, Sixers, and Wizards is from a "Victory" brand.

At least there weren't any Nets in there.