Wondering which card it is? Read on APTBNL subscriber...it's one of the first cards out of the pack so you'll know after just a bit of scrolling! If you read on after that then cool, if not...hey at least you saw the best card!

Here's the front of the pack, which many of you have probably seen: 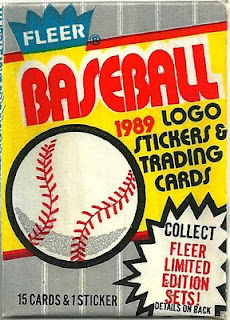 15 cards and 1 sticker, and I could get limited edition sets potentially. Sweet! 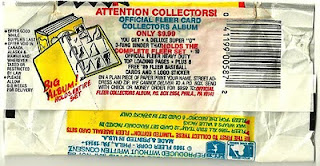 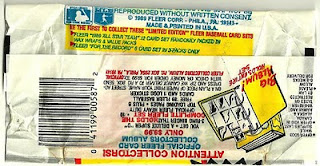 But on to the cards, because that's the cool part! 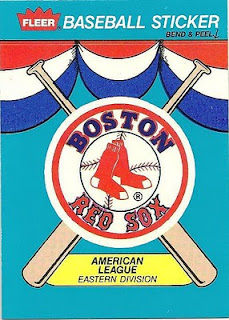 Boston Red Sox Sticker - Not a bad start as a Sox fan! The back has lots of cool facts, including some fun trivia about the park: 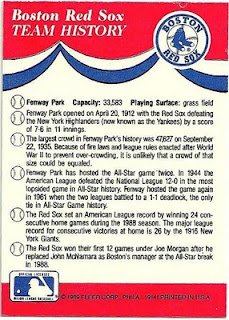 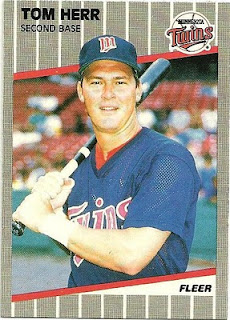 #115 Tom Herr - 13 year career with a world series win in 1982 and an All Star appearance in 1985, aka not a bad start to this pack. I also figured that I would show you the back of this card since he had a pretty long career: 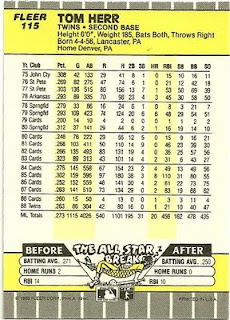 My favorite part is the dude in the hammock at the bottom of the card. First half and second half stats are nice enough, but the hammock really makes this set. Can we call it the hammock set? Night Owl, a ruling please? Edit: I see now that this has been labeled "the pinstriped gangster suit set," which I guess is fair since the cards are named after the fronts. But eh...I'll call it the hammock set myself haha. 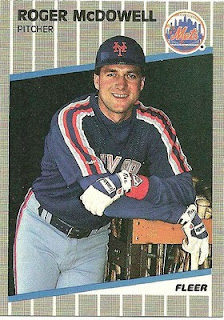 #43 Roger McDowell - The best card in the pack is right below this, so feel free to skip if you'd like. But McDowell isn't a bad card to get either - his biggest years seem to be his first 2, when he almost won Rookie of the Year and then won the World Series. But even if the rest of his career wasn't as good, that's a pretty good 2 years!


But here it is, the card of the pack: 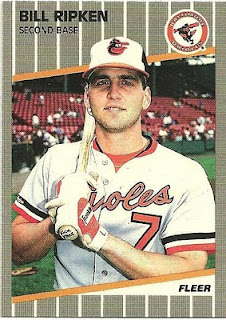 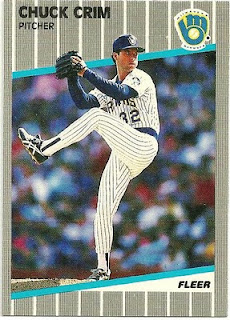 #183 Chuck Crim - The show must go on, here with Chuck Crim, who is one of the more anonymous guys of the pack. After a decent rookie year in 1986, Crim led the league in games pitched in 1988 and 1989. Though he pitched very well in those years, the high innings total took a tole on Crim, and his ERA went up and up until his retirement after the 1994 season. What could have been without the high innings? Who knows? 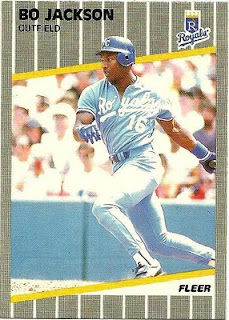 #285 Bo Jackson - One of the other great cards of this pack, a third year Bo Jackson card. 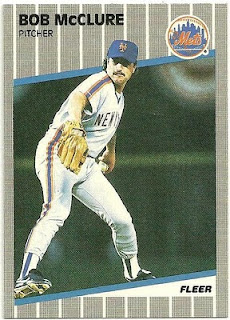 #42 Bob McClure - McClure played 19 seasons from 1975 to 1993, beginning with the Royals and finishing with the Expansion Marlins. He never made an All Star Team or won a World Series, but he was the oldest player in the National League in 1992. So he had that going for him. 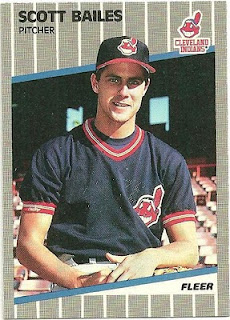 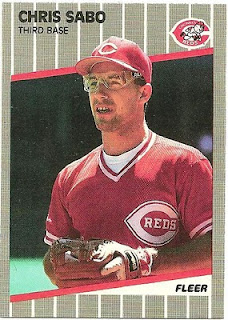 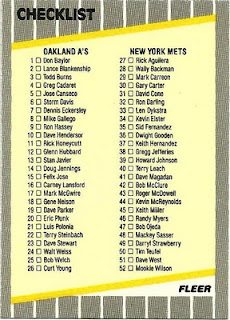 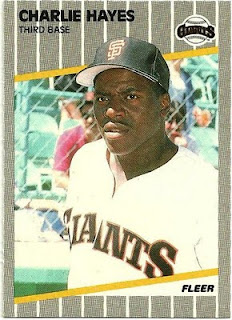 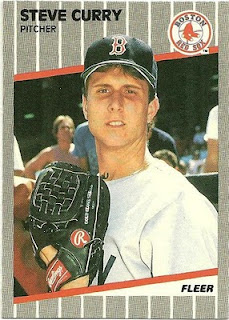 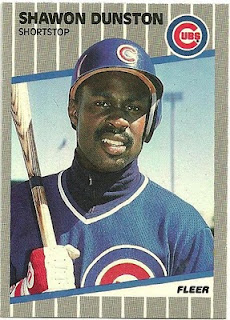 #424 Shawon Dunston - 4th year card of a decent Cubbie, with 2 All Star game appearances over 18 years. He received one vote in the 2008 Baseball Hall of Fame Voting, which helped him beat out Jose Rijo and Brady Anderson. 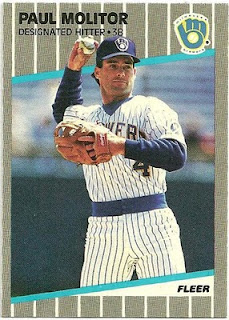 #193 Paul Molitor - Great guy, and a Hall of Famer, so easily one of the best cards of the pack. I'm glad he won a World Series with Toronto in 1993 - he's one of those guys that you wouldv'e hated to see finish a career without a World Series ring. 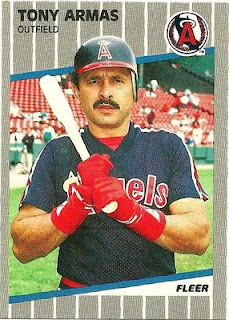 #467 Tony Armas - I remember his son more since I'm younger, but this Tony led the 1981 strike season in games played (with 109) and struck out a heckuva lot. He also hit a ton of homers though, including a league leading 43 in 1984. I didn't realize he was that good! 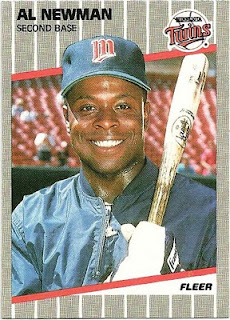 #122 Al Newman - Final card of the pack! Newman was a light hitting, great fielding 2B who was fortunate enough to join the Twins before 1987 and leave just after 1991. In other words, he won 2 World Series in just 5 years with the Twins. Not too shabby for a guy with -1.4 lifetime WAR!

And that's the end of the pack. I still can't believe my luck with the Ripken variation pull, but I'm so glad I was able to pull it! Thanks again for this package Troll - I hope my future pack breaks are as good as this one!

I'm no fan of '89 Fleer but that is a tremendous pack.

I cannot...simply cannot believe it! How awesome is that?

Jackpot! I have stared long and hard at a 1989 Fleer Cello box several times at card shows thinking about what wonderous Bill Ripken treasures may await inside, but ultimately I've passed. I remember pulling that very card within a week or two of its release and notoriety and actually managing to sell it for $20 or so.

We opened an entire wax box of this and pulled 0 Billys. Well done! -Andy

Night Owl - Agreed, I was very impressed. I actually love the Hayes too even though he's kind of random, so extra bonus for me!

And Community Gum...thanks! I was absolutely stunned, so I'm really glad everyone here thinks it's cool. My girlfriend was less impressed, but only because I've showed her photos of the card before online.

I was going to say that a Griffey rookie would be the pull of the set, but the "Rick Face" Ripken certainly is the most notable. Too bad that isn't the white out variation--I think that one routinely hits three digits on eBay. Not bad for a junk wax variation.

Is it just me or does Tony Armas have a gigantic head?