(Sorry, I didn't work on Sunday for the first time in months so I actually got to watch the games...I'm still kind of excited about that fact.) 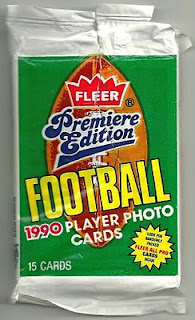 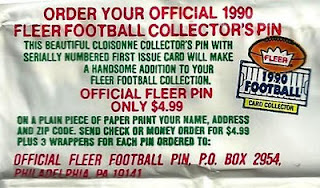 Awwwww daaaayummm, for just the small price of 3 packs (or 3 wrappers from a friend), a piece of paper with a writing utensil, and $4.99, I would've had a sweet 1990 Fleer Football Card Collector Pin! If I had a time machine, first place I'd go back to was 1989 at my present age, just so I could secure a job at Bennigan's, buy a few packs of 1990 Fleer, and wear my Collector Badge with pride! If only...


Here's the cards themselves, starting off with a Browns all time great: 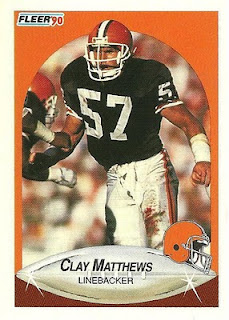 #54 Clay Matthews - Clay is the definition of bada**. Oldest dude to record a sack in a game. 16th all time in games played. Amazing genes - his son is tearing it up in Green Bay this season and his brother played the most games of a non-kicker of all time. Crazy.

To top it off though? Check out his card above...is that blood on his left leg? Pretty sure it is...yikes! You don't mess with Clay Matthews. 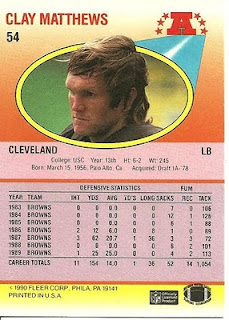 Clay would play until 1996, but he was already a pretty old dude at this point. Definitely one of the best Browns of all time. 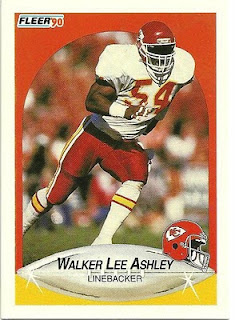 #198 Walker Lee Ashley - It's been said that Ashley's tears cure cancer. Too bad he has never cried. 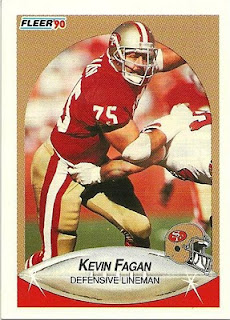 #6 Kevin Fagan - Very brief career for the 4th round pick out of Miami. Things topped out at 9.5 sacks in 1990, which was followed by 4 sacks over the next 3 years and retirement. 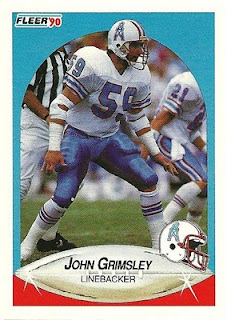 #128 John Grimsley - Did offensive players exist in 1990? Four cards into this pack we've only seen defensive players, which would never happen with cards produced today. At least they're mostly decent - Grimsley here played in the 1988 Pro Bowl. 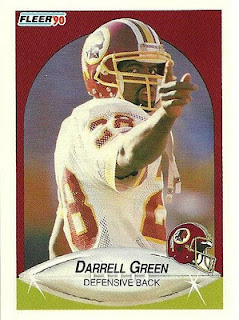 #156 Darrell Green - Most defensive goodness, although this guy was good enough to get into the Hall of Fame. 54 lifetime picks and 7 Pro Bowl selections will do that for a guy. 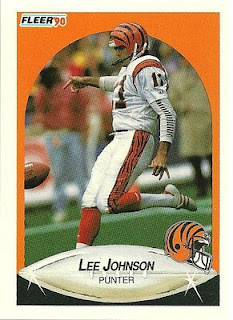 #217 Lee Johnson - And the first non defender is...A PUNTER? Weird. Not that I mind Lee, as he played with the Pats briefly during their 2001 Super Bowl winning year. 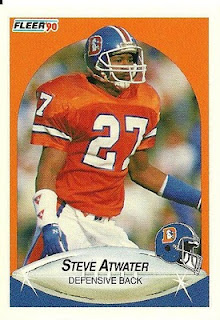 #18 Steve Atwater - My personal favorite card of the package, a Steve Atwater rookie! 8 time Pro Bowler and a very hard hitter - Atwater's a guy I loved to watch as a kid. Sadly his hard hitting took a toll, forcing him to retire after only 11 years in 1999. Pretty long career for an NFL player, but not nearly long enough for hall consideration. 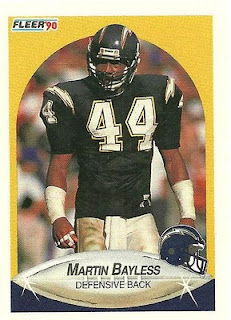 #304 Martin Bayless - Every time I see a guy with a number in the 40's on the Chargers, I assume he's a running back. Dunno why. But Bayless wasn't a running back. 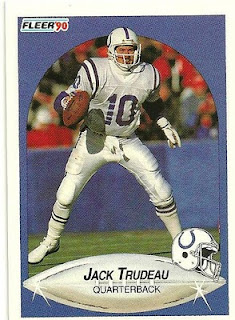 #234 Jack Trudeau - Finally, some offense! Well..not that much offense...Trudeau led the Colts with a 15-13 TD-INT ratio and a QB rating of 71.3. Not exactly Peyton Manning here. 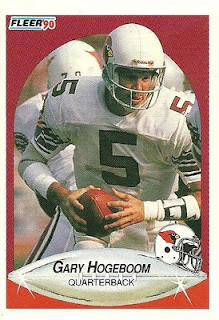 #335 Gary Hogeboom - Speaking of crappy quarterbacks, here's the one that was on Survivor: Guatemala. Random! 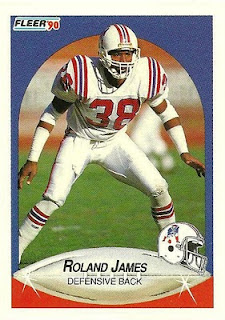 #320 Roland James - 1990 was James' last year in the league, and he was actually pretty good during his time. Sort of Steve Atwater good, just 10 years earlier and without the Super Bowl wins. So in other words, not bad! 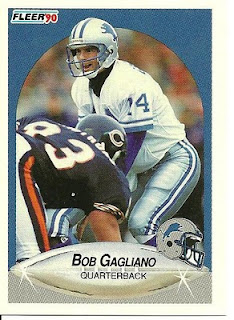 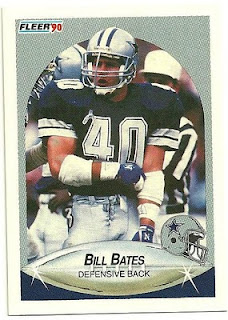 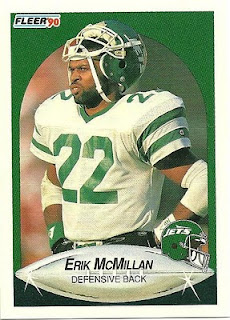 How could someone start so hot and end so unknown? Well, he was apparently a feast or famine type corner, so he either went big or went home. His first four years he went big. His last two he did not, and so after 1993 he went home. Simple as that. 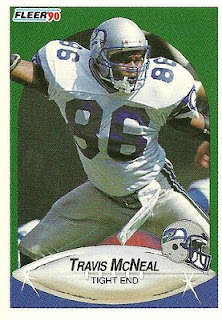 #270 Travis McNeal - We finish off the pack with more offense, and not a QB this time! Well according to the back of the card he was a high school QB who converted to TE in college, so he's not totally non-QB. McNeal didn't do much though - retired in 1993 after 5 years in the league with career totals of 48 catches, 652 yards, and 2 touchdowns.