Written by longlivethewho at 12:27 PM 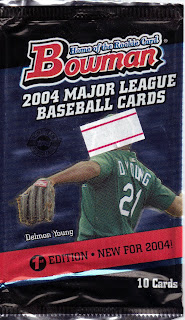 That’s great and all Nick, but what the hell does this have to do with you? 2004 is the year I started collecting baseball cards. And I haven’t looked back. I have many goals as a card collector, and one of them is to collect every baseball card set from 2004. Impossible you say? Yeah, no kidding. But it’s always fun to try, right?

I picked up this pack of 2004 Bowman 1st Edition a while ago and was saving it for a rainy day. These cards were made six years, an eternity in baseball card years. To add a little spice to this pack, let’s go through each card and see if that player actually played professional baseball in 2010. And away... we… go. 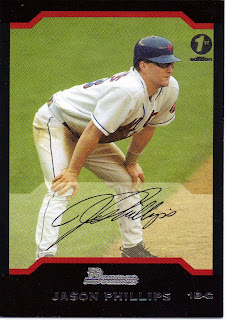 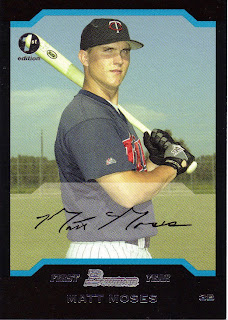 No. Moses last played in 2009 with the Minnesota Twins organization, a place he’s been since being drafted by the club in 2003. 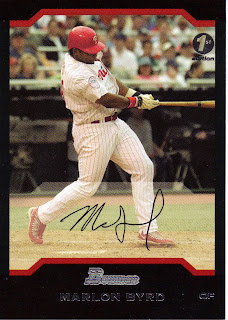 Yes. Marlon played with the Chicago Cubs last year and has two more years left on the three-year deal he signed before the 2010 season. He made a splash at the All-Star Game with a fantastic catch. 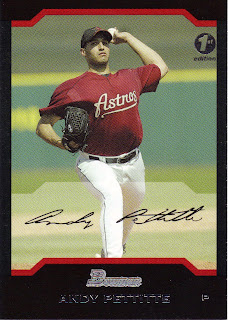 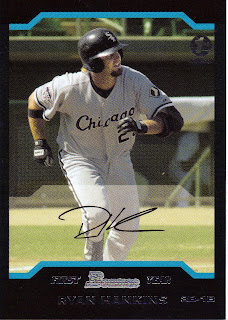 No. Hankins last played in 2005… a year after this card was made. Ouch. 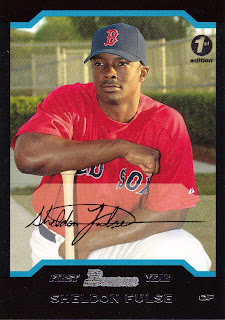 It’s never a good sign when Baseball-Reference takes you straight to the Minor League page after typing in a player’s name. Fulse hasn’t played since 2008. 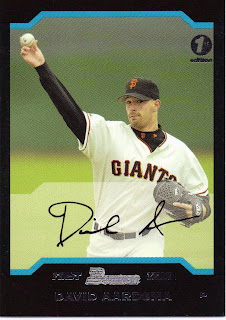 Yes. Aardsma was the closer with the Seattle Mariners in 2010, giving M’s fans heart attacks every time he stepped on the mound. He blew five saves in thirty-one chances, or a .839 save percentage rate. Yikes. 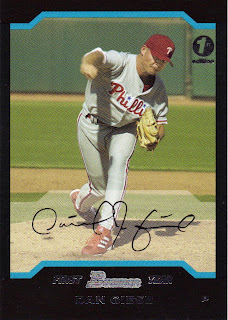 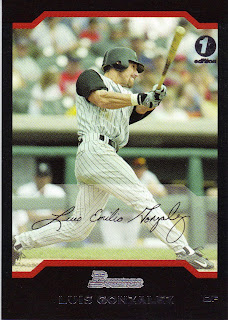 No. Luis last played in 2008 with the Florida Marlins. Many fans remember his monster 2001 season as he, Randy Johnson, and Curt Schilling carried the Arizona Diamondbacks to a World Series championship. 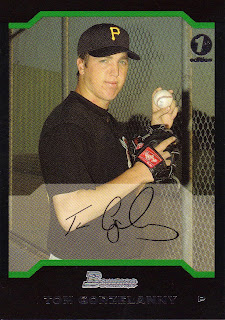 Yes. A player drafted by the Pirates, that doesn’t play for the Pirates anymore? Really? Gorzelanny was shipped to the Cubs in 2009 and has been pitching for them since.


Well, we could have done worse. But not much worse. Four out of ten players in the pack were playing professional baseball in 2010, for the people keeping score at home. Damn Bowman First Edition. Sweet 2004 nostalgia. For more posts from this handsome blogger, check out For Card’s Sake.