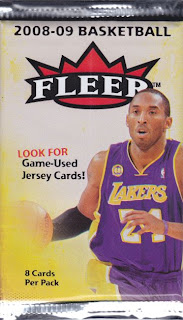 In honor of the brand new NBA season, I picked up a blaster of this stuff. I felt like it would get me back in an NBA mood after enduring a frustrating end to the baseball season. Here's one of the packs, selected more or less at random. 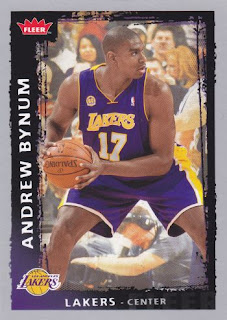 102 - Andrew Bynum (I keep hearing that the Lakers success this season might be tied to Bynum's health. I would think that Kobe Bryant's would be more important, but what do I know - other than the fact that I hate that team.) 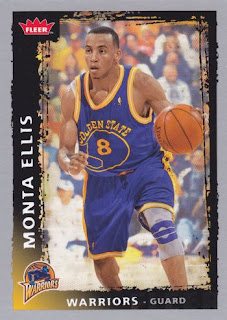 157 - Monta Ellis (Terrific scorer who could probably be a superstar if put in the right situation.) 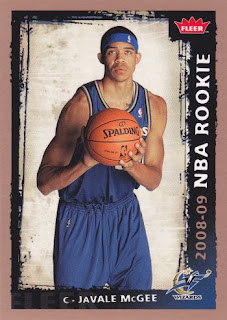 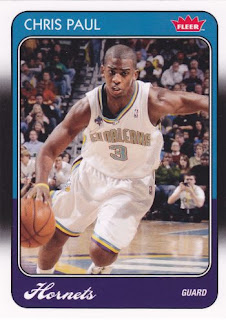 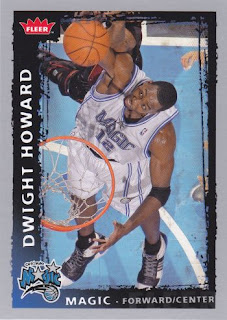 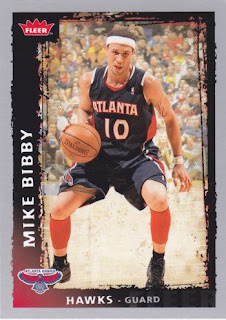 49 - Mike Bibby (Originally a member of the Vancouver Grizzlies... remember them?) 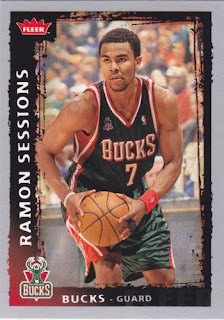 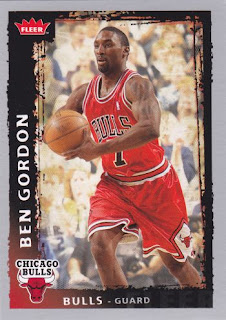 Ugh, that is a horrible base design. I didn't know many were even aware that a new NBA season was underway!