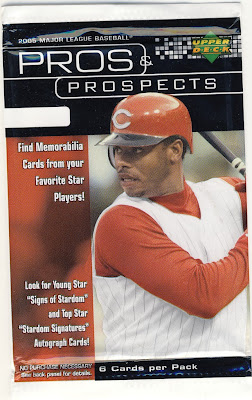 This series claims to be Pros AND Prospects but all I ever seem to pull are the Pros. As you'll see, this pack was all Pros and the photos and layout reminds me of an Upper Deck version of Stadium Club from the early 00's. 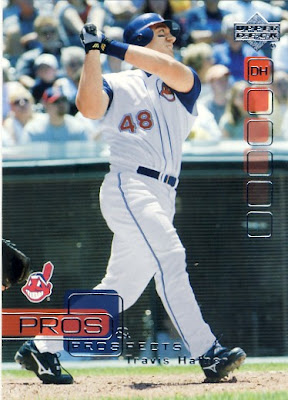 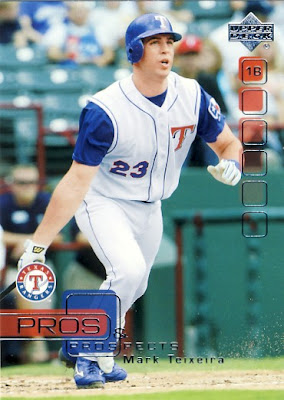 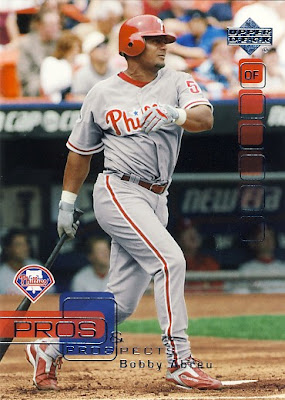 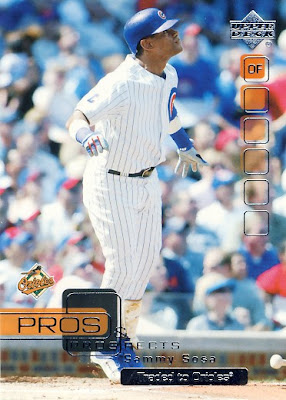 #53 Preston Wilson
This card inspires the question, whatever happened to Preston Wilson? After having HUGE statistical seasons in 2000 and 2003 for the Marlins and Rockies, he would be out of the majors four seasons later. In 2009 he was playing for the Long Island Ducks of the Atlantic League. But all that fails to compare to the fact that Mookie Wilson is both Preston's step-father and uncle. Work that one out in your head. 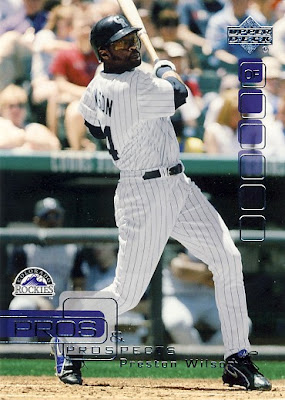 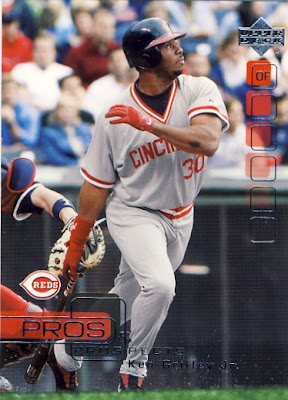