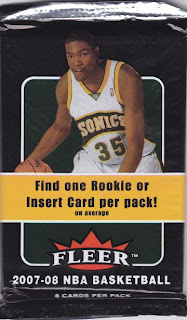 Hey, it's your old pal Kevin Durant again. This pack is kind of a cheat, as it's just an all-glossy version of a pack I posted last winter. At first, I was extremely confused by a pack of nothing but parallel cards that I received in a repack box, but I'm now slightly less confused after purchasing a blaster from the Fleer set that came a year later and finding out that each bonus pack contained a similar group of glossies. This proved to have 9 cards instead of the expected 8, however, and there's something else that's weird about it. 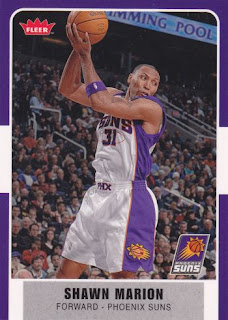 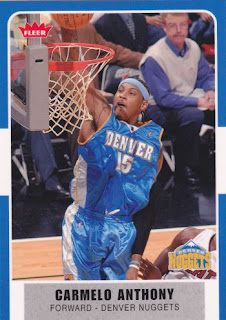 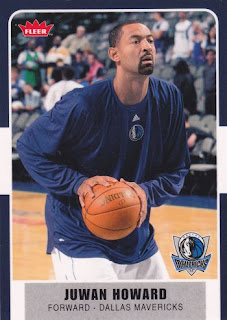 129 - Juwan Howard (The Blazers are going to miss Juwan's veteran presence this season. Hopefully they won't be desperate for minutes at the center position for a second straight season, however, but you never know.) 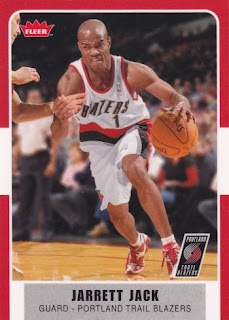 114 - Jarrett Jack (I miss Jarrett Jack! He was fun to watch, though not necessarily the best fit for the Blazers. I'm not sure if Bayless is, either, though.) 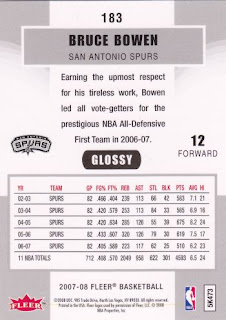 183 - Bruce Bowen (As you can see, each card back has "GLOSSY" clearly marked on it, as if the extra UV coating wasn't a dead giveaway.) 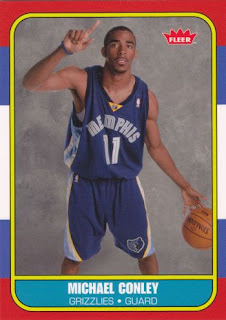 86R-138 - Michael Conley '86 Rookies (Here's where it gets weird. The last four cards were all rookie parallels with the classic 1986-87 design. I believe these are harder to get than your normal rookie versions, so it's weird to see 4 in one pack.) 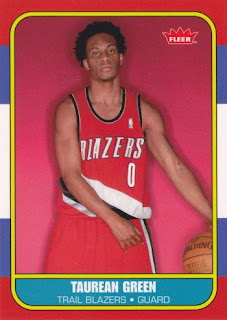 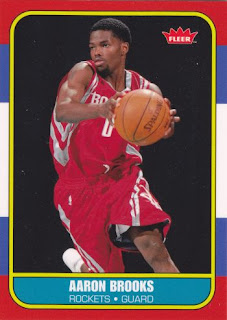 86R-136 - Aaron Brooks '86 Rookies (Outside of the Blazers, this Aaron Brooks rookie was one of the best cards I could have hoped to get for my own personal collection. I passively collect cards of Oregon Ducks players as well.) 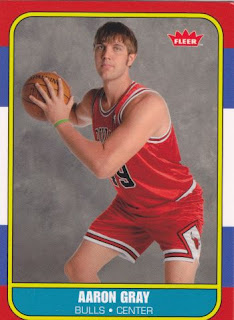 86R-144 - Aaron Gray '86 Rookies (Apparently they let some contest winner pose on a basketball card. Good for him.)