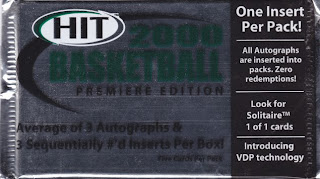 The NBA season is fast approaching, so I figured I'd take the opportunity to post as much basketball as I can get away with in advance of next Tuesday's opening night games, one of which I will be attending in person. (Hint: One of the team's names starts with a "Portland" and ends with a "Trail Blazers".) I have no idea where I got this pack, but I'm pretty sure I didn't pay anything measurable for it since I generally avoid the unlicensed stuff. 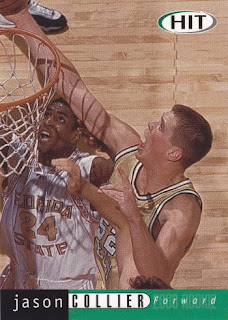 50 - Jason Collier (What a sad way to start. Collier died suddenly and unexpectedly5 years ago this month due to complications from an abnormally large heart. He played about 5 seasons in the league.) 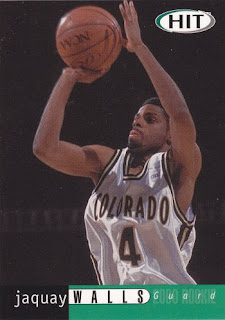 30 - Jaquay Walls (Walls was drafted by the Pacers but never played a game in the NBA.) 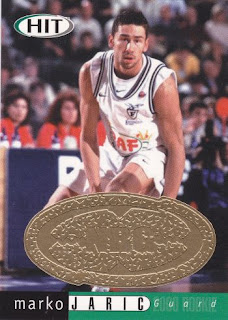 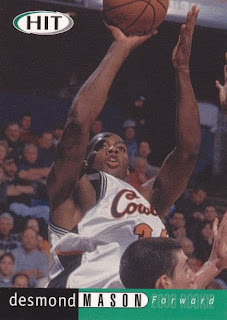 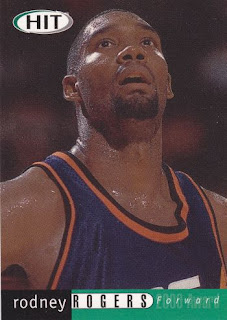 45 - Rodney Rogers (This apparently was some strange attempt by SAGE to include current NBA players in their set with logos conveniently cropped. Rogers was at the peak of his 13 year NBA career when this card was issued, having just won the Sixth Man of the Year award.)

I seriously loathe this set. I remember seeing SAGE packs sold for $10 and I wonder what's the deal is. I end up buying 2000 box for the same price as the price on Ebay. Biggest mistake purchase ever. Photography on the card is dreadful and so was the design.