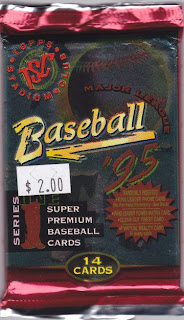 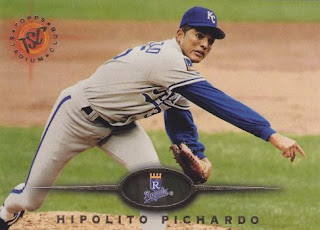 55 - Hipolito Pichardo (Do you think anyone ever called him Hippo?) 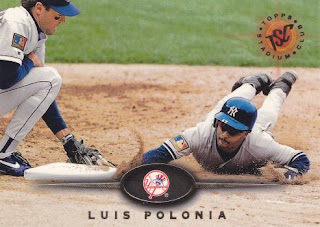 171 - Luis Polonia (This is the stuff that Stadium Club is known for. The third baseman - Brewers? - looks a bit awkward here, though.) 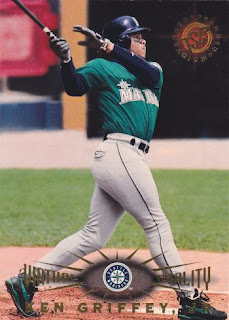 120 - Ken Griffey, Jr. Virtual Reality (One per pack parallel of the teal-clad Kid.) 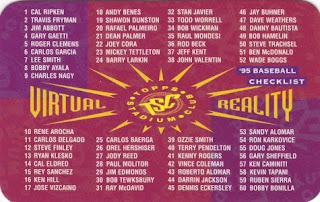 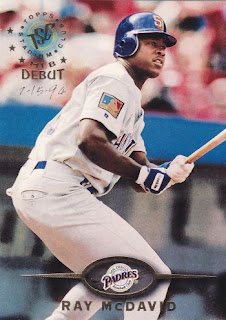 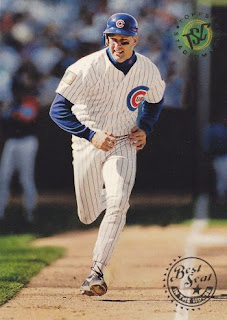 213 - Mark Grace Best Seat in the House (This subset is all about explaining the camera vantage point for each shot, but I find that most cameras are not located in actual seats at baseball parks.) 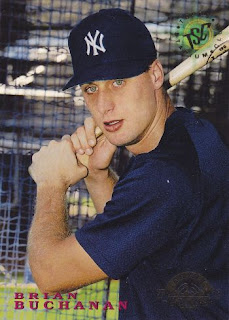 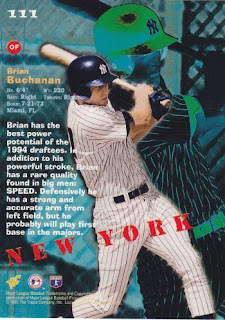 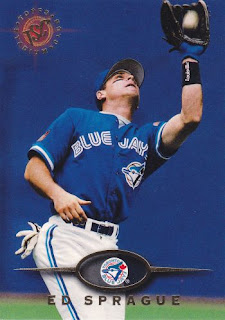 194 - Ed Sprague (Nice shot here. Sprague is caught in the moment right before he's convinced that he caught the ball.) 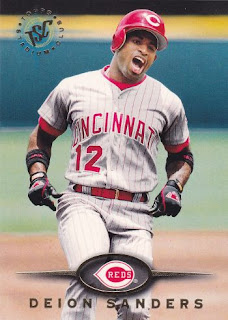 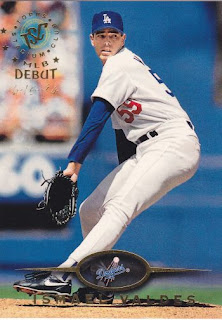 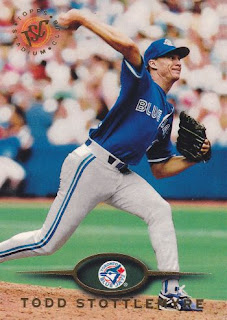 130 - Todd Stottlemyre (I don't think your arm is supposed to do that... or your face, for that matter.) 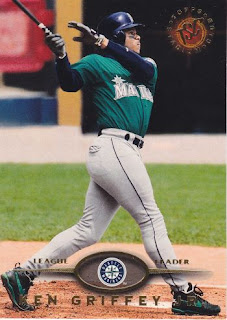 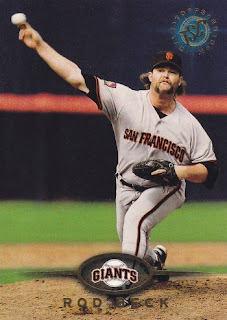 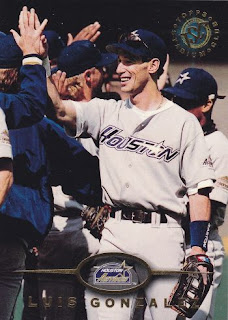 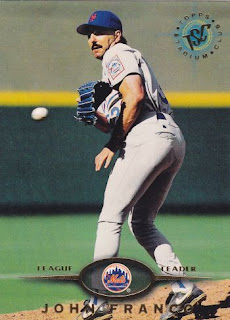 "Do you think anyone ever called him Hippo?"

Geez... I could have gone the rest of my life not knowing "Prime Time" had a rap career!