Written by Nachos Grande at 9:37 PM
As part of my group break, I've been opening a box of 1999 Pacific.  Seeing how there wasn't a pack of this stuff opened on A Pack to be Named Later - let's treat this as a "preview" of an upcoming pack in the group break!
Oh - and for those that like lots of packs opened...be sure to check out my blog on Tuesday, October 19th!
1999 Pacific:
I already previewed what you might pull in each pack out of the box in this post - so let's get to the actual cards!
69.  Darren Lewis - Red Sox 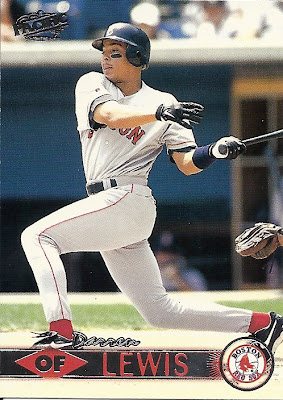 Each card features a full bleed photo of the player plus a small team logo in the bottom corner.  Personally, I like having the team logo on the front of the card...
77.  Mo Vaughn - Red Sox 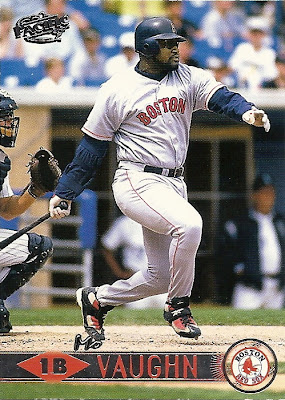 The set is ordered such that players of the same team appear consecutively.  I haven't decided whether I like that better or having the players and teams scattered about the set.  I see merit in both ideas, so I hope card companies continue to mix it up until I decide which I prefer!
106.  Frank Thomas - White Sox 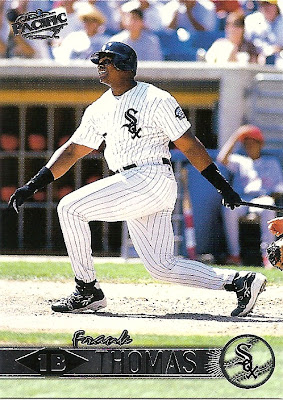 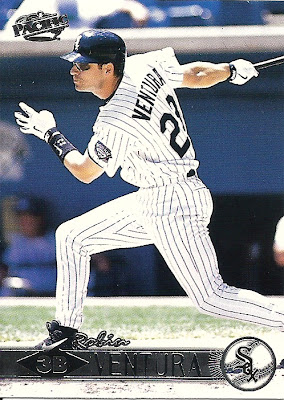 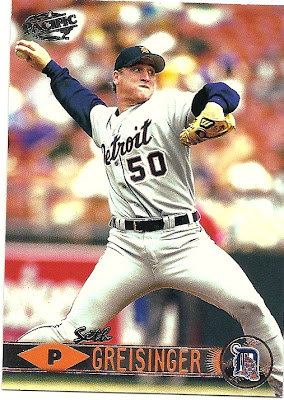 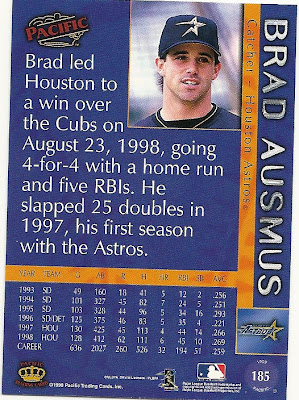 The backs of the cards feature a mug shot of the player, a brief write-up, and their career statistics (and another team logo).  All told, I like the backs quite a bit!
270.  Fernando Seguignol - Expos 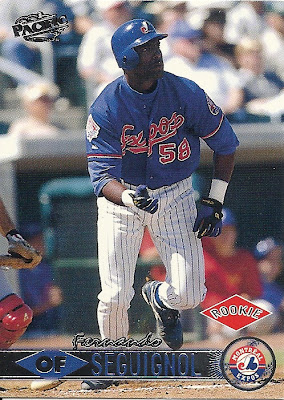 The pack promises the set is "loaded with rookies."  Unfortunately, most of the rookies in the set never became stars!  All the rookie cards have that bright red Rookie logo on 'em.
395.  Jeff Fassero - Mariners 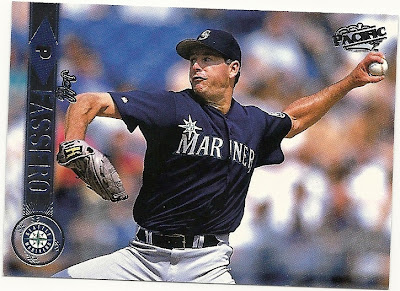 There are a select few horizontal shots in the set.
407.  Rolando Arrojo - Rays
440.  Tom Evans - Blue Jays
Arrojo's photo has him mid-pitch, Evans photo has him mid-swing...trust me, you don't need a scan!
Stay tuned to my blog for more group break packs revealed - while this isn't an overly exciting pack...it is actually pack # 13 of the final 50 packs that I am opening...the rest of this group won't be revealed until next Thursday!

Email ThisBlogThis!Share to TwitterShare to FacebookShare to Pinterest
Labels: 1999 Pacific