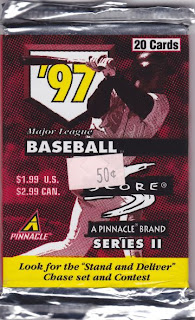 I'm starting to realize that while mid-'90s Score has some of the worst card designs and overall card quality around, the photography can be pretty great. Here's a crappy pack marked down to 25% of its original retail price. It's interesting to note that the SRP was $2.99 in Canada. 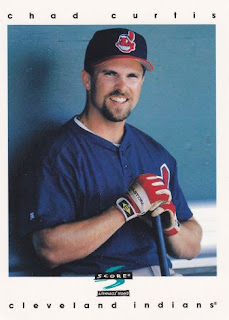 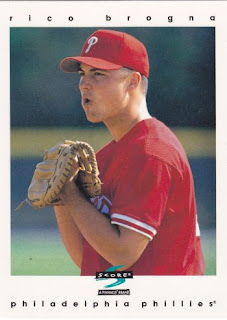 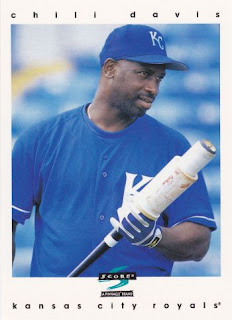 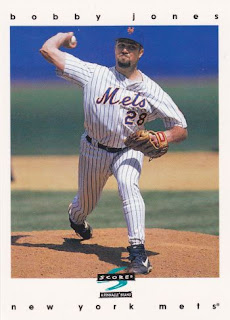 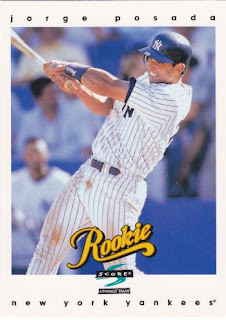 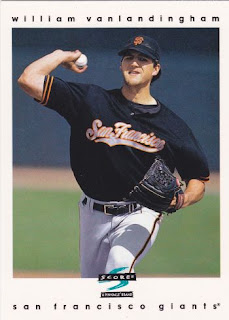 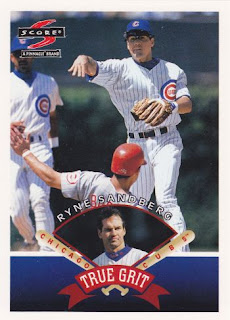 537 - Ryne Sandberg True Grit (From the back of the card: "He almost never swings at a first pitch." Now that's True Grit!) 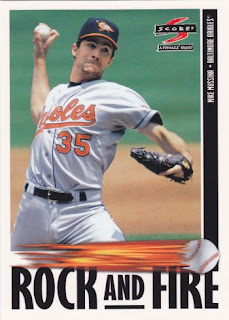 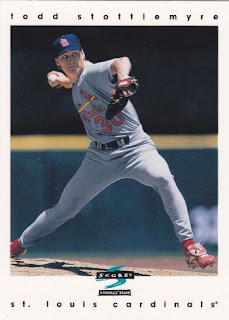 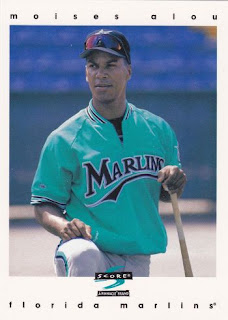 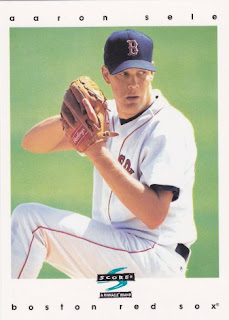 395 - Aaron Sele (I have a hard time picturing frat boy types all over the country talking about Aaron Sele and doing fist bumps like they do about Kevin Youkilis, Big Papi and Nomar Garciaparra.) 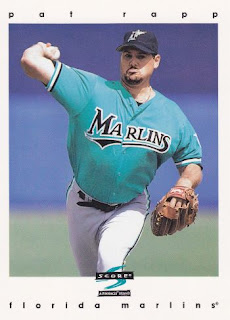 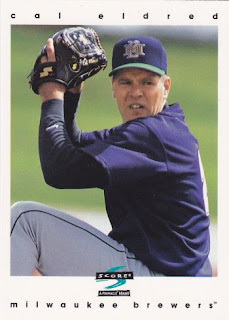 404 - Cal Eldred (Eldred had an astonishingly good rookie season - see also, Listach, Pat. He eventually settled in as a middle reliever and pitched decently for the Cards late in his career.) 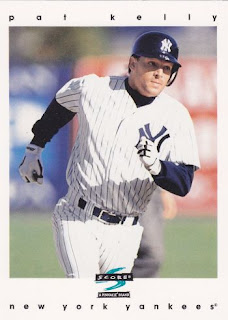 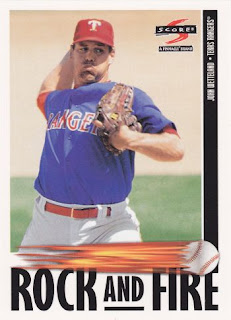 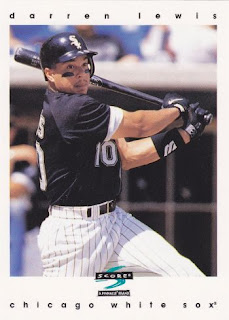 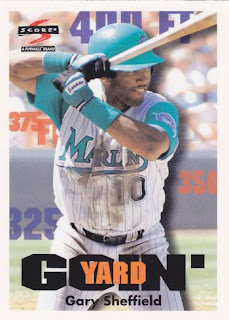 515 - Gary Sheffield Goin' Yard (Sheffield was coming off a season in which he went yard 42 times, a career high at that point.) 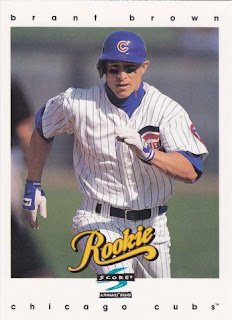 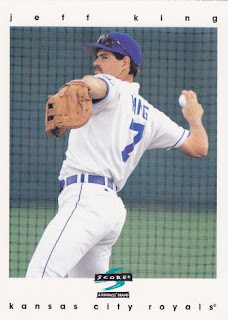 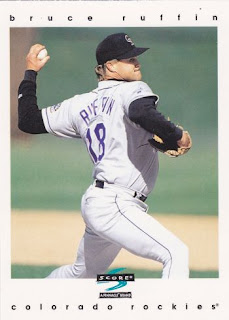 332 - Bruce Ruffin (I give the Rockies a lot of credit for staying with the same logo and primary uniform design for the life of their franchise so far.)

Great commentary. This pack was a trip down memory lane. Thanks!!

I was thinking the other day that there just don't seem to be many guys named "Chili" around any more. Maybe my next kid.