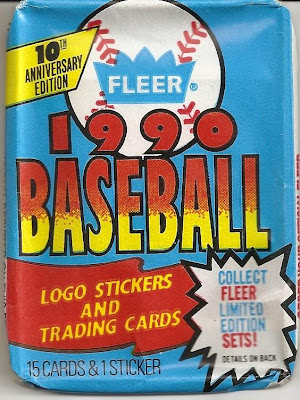 Fleer Action Stickers
Indians, Tigers, Royals, and Brewers (back when they were in the American League) 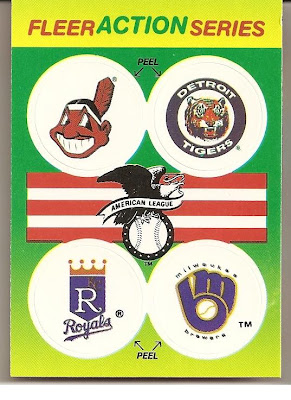 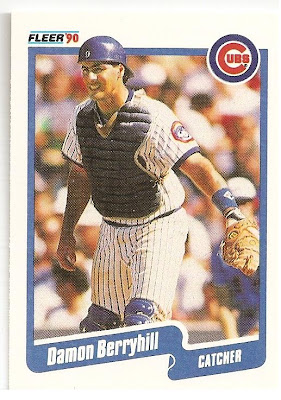 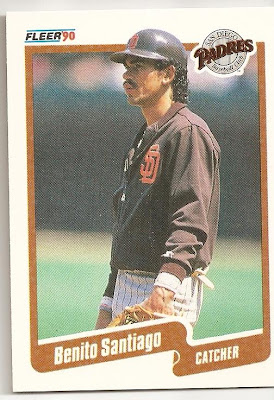 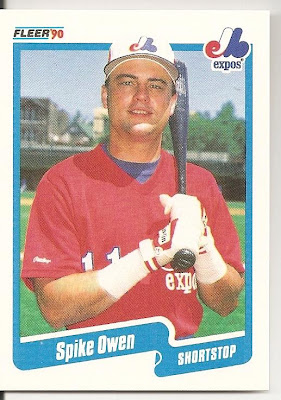 This pack was so putrid I picked Spike Owen's card to scan simply because it shows the now defunct Montreal Expos logo...I miss the days of Montreal having a MLB team.
365: Rick Aguilera
540: Carlos Martinez
607: Tracy Jones 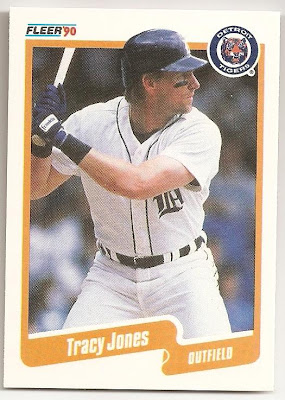 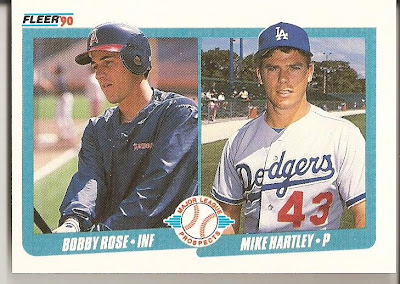 Oye, I don't think you could cherry pick sixteen worse cards... Of course, the pack claims to contain only 15 cards plus the sticker, so there is an extra card of crap...that's something I guess.

Email ThisBlogThis!Share to TwitterShare to FacebookShare to Pinterest
Labels: 1990 Fleer

At least your pack has some guys that actually accomplished something in the big leagues...

If you lived in the Cincinnati area, you'd know what an annoying douche Tracy Jones is. He has an afternoon radio show on 700WLW. While I find all of terrestrial radio to be useless and annoying, Tracy's show is especially bad, almost embarrassing to listen. No talent as a player, no talent as a personality.