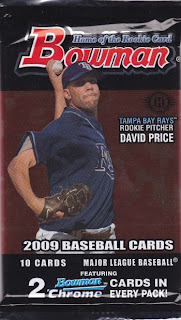 I'm not really a Bowman guy, so I'm not entirely sure what possessed me and caused me to drop $4.00 out of my wallet and buy this thing. It must have been the shiny new pack smell. 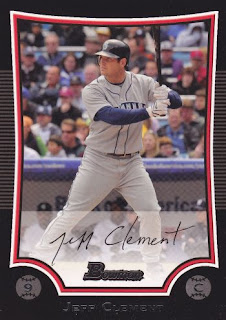 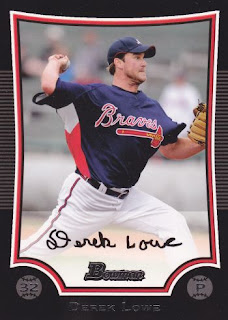 85 - Derek Lowe (I guess this doesn't look photoshopped. Lowe has the signature of a 4th grader, though.) 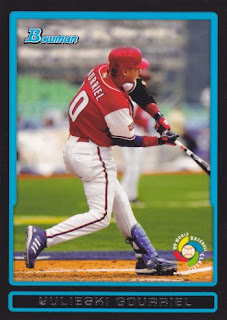 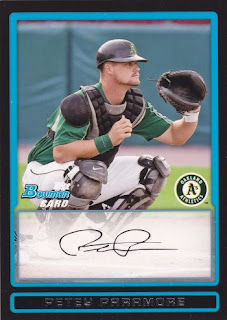 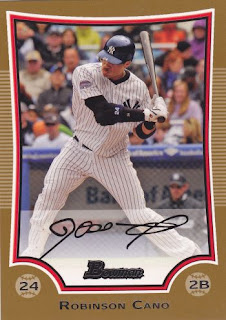 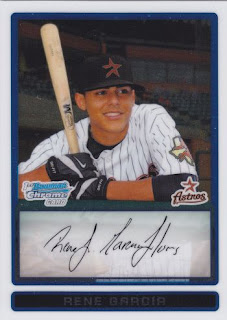 BCP81 - Rene Garcia Chrome Prospects (I was going to make fun of the fact that it looks like they got some little kid to pose in an Astros hat for this card, but then I looked at the back and realized that this guy was born in 1990 and went into a mild depression.) 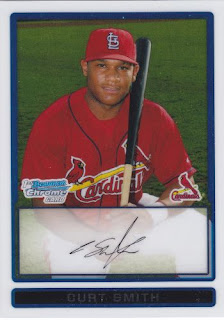 BCP34 - Curt Smith Chrome Prospects (I have no idea who he is, but he's a Cardinal and that's pretty awesome. 2nd Round pick from 2008. These sure beat the unlicensed draft pick sets, at least.) 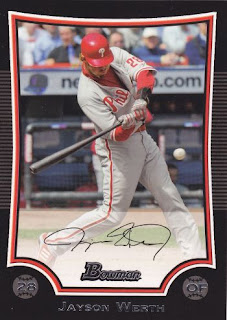 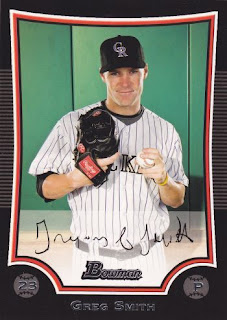 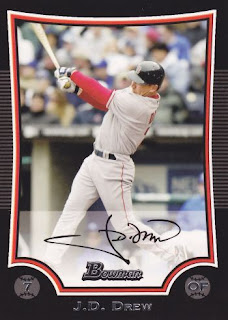 Email ThisBlogThis!Share to TwitterShare to FacebookShare to Pinterest
Labels: 2009 Bowman

Since I'm shameless, if you don't want the Cano, I know a smooth pimp in Minneapolis who would.

Hmmm... I kind of like the design. I've always had a thing for Bowman, though I don't know why. I never spend the money for the "better" Chrome versions, so maybe I just like having tons of rookies to send out for TTM autos???

Love the site! I occasionally bust cheaper wax (Sport Flix, Collector's Choice, etc) so if you're in need of a guest post, I'm in!

I actually like the design overall, but I'm just not wild about the huge white signature space.