1991 Hoby Stars of the SEC Football

Written by Ethan at 6:39 PM
Here's a look at a pack of a product I had been trying to find for many years.
Many moons ago, I purchased an LSU team set of these at a card show. In one of my (many) moves, it disappeared.
I was distraught. Then, miraculously, I found a box of these. Talk about make my day.
These were distributed 36 packs per box, 12 cards per. Autographs of a few former SEC stars were inserted at an easily attainable 1:12,960 packs.
The pack: 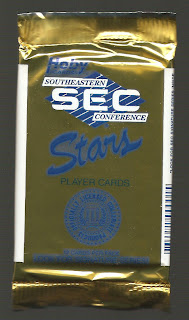 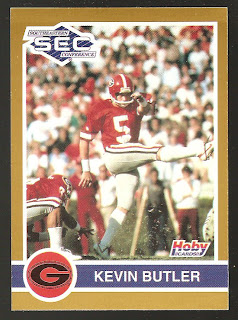 #379 Jackie Sherrill... Jackie was the coach when I went to Miss. State. He was a very good recruiter. A little too good of a recruiter, apparently... 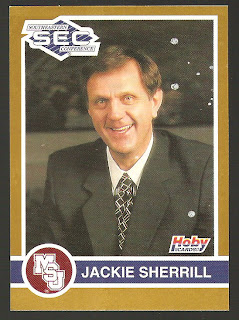 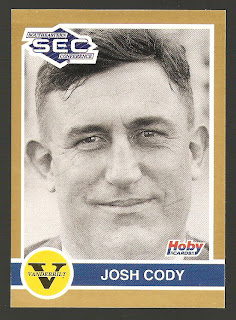 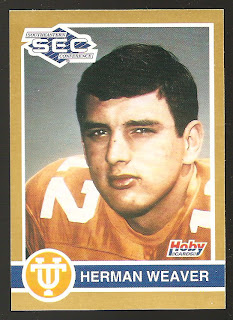 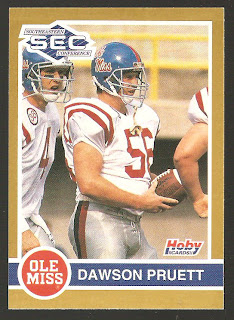 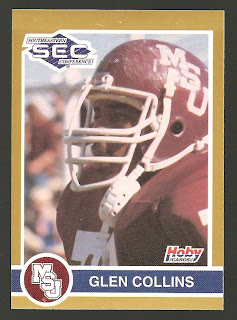 #205 Tyler LaFauci... I believe he owns some businesses here in Baton Rouge. 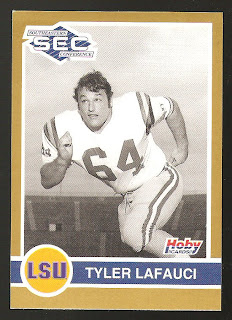 Here are the backs of the cards, for reference. 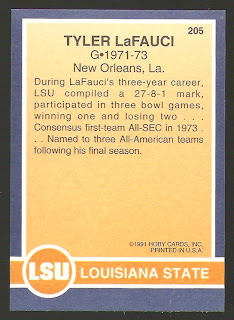 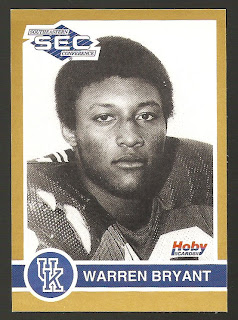 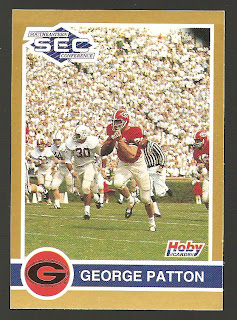 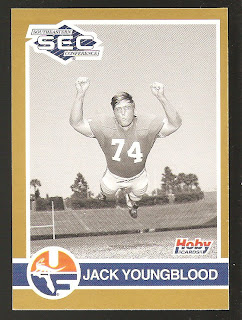 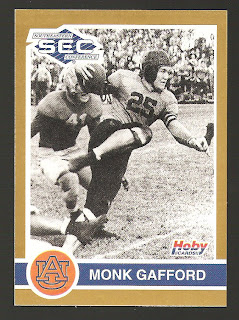 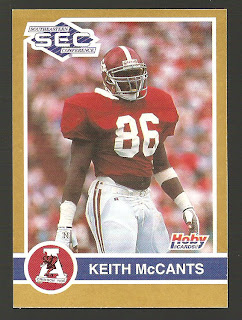 Order Card... Apparently, you could order sets of current players in a similar design from four schools (Auburn, MSU, Ole Miss and Tennessee.) I bet those are tough to get. That Tennessee set could probably be worth some some coin. 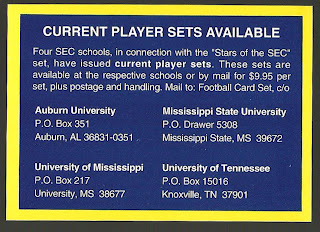 I really like these, but I'm also a huge SEC fan. The cards are okay, at best. The card stock is really thin (think '96 or '97 Fleer Baseball), and the set is lacking some star power, but still pretty cool, for what it is.

Email ThisBlogThis!Share to TwitterShare to FacebookShare to Pinterest
Labels: 1991 Hoby Stars of the SEC Football

That Youngblood card is awesome. You know that there's no crash mat waiting for him just after that photo.

The real question is how many takes did that have till they got the right one?