Written by Joe S. at 10:22 AM
I hope everyone out there is enjoying an extended Memorial Day weekend! Keep in mind the reason behind the holiday, but also use it as a day to sit back, relax, and read about baseball cards. Don't even leave the couch to pick up a pack - read this site and open a pack vicariously. Save yourself a buck or two.

Live through me as I open a pack of 1999 Pacific Paramount. Come on, die-cuts!

The pack features Tony Gwynn, who is currently masquerading as a competent college baseball coach at San Diego State. I'm pretty sure "the next Todd Van Poppel" Steve Strasburg has more to do with SDSU's success this season than Gwynn's managerial decisions. 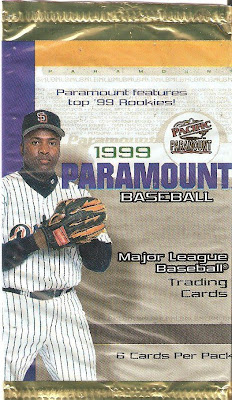 On to the cards. First up is the ultra rare, one in every pack gold parallel, #229 Fred McGriff. Or maybe it's the copper parallel. The pack was only $1 so I didn't bother asking if it was of the Hobby or Retail variety. The only thing gold or copper is McGriff's name, so it's hardly a parallel to get excited about. 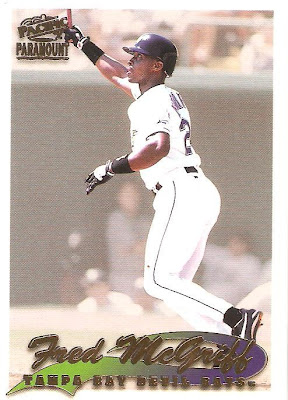 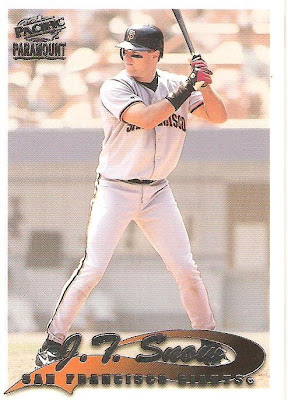 #163 Chuck Knoblauch. Rememember when Knobby forgot how to through it to first base? Heh... 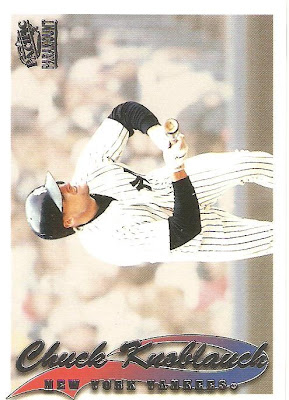 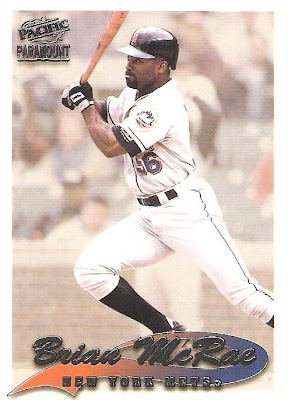 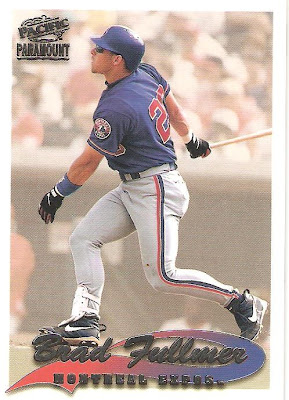 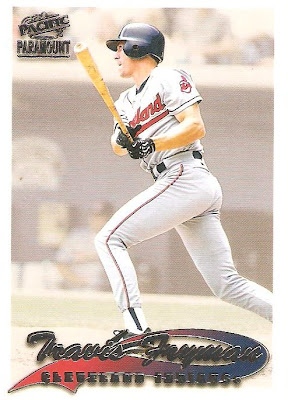 Overall, the cards themselves are nice. The featured player stands out over a "blurred" background. The McGriff is the only card I can consider "good", but at least his was the parallel. Aren't you glad you visited this site instead of wasting your own dollar? This garbage pack could've been yours.