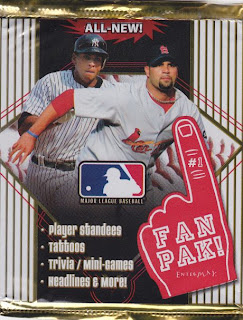 I know I've seen these posted elsewhere and I was surprised to find out that it might not have been here where I first read about them. I believe these Fan Pak "packs" were originally found in big box stores over near toy sections and/or sporting goods until someone came to their senses, marked them down to about half-price (99 cents instead of $1.99) and put them with trading cards. Despite their storage issues and their kid-friendly quirks, I think these are kind of a fun diversion. At the very least, I wouldn't mind some Pujols Fan Pak stuff or any other Cardinal-related fare. 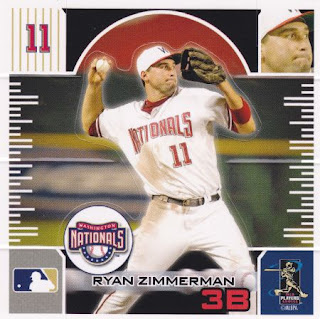 60 - Ryan Zimmerman Standees (There are no insertion odds listed on these pack wrappers. Rather, each pack is stated to contain 2 "standees", 2 "headline cards", 1 "trivia/mini-game card" and 1 "tattoo card". The theory here is that you could fold up Zimmerman and make him stand on something.) 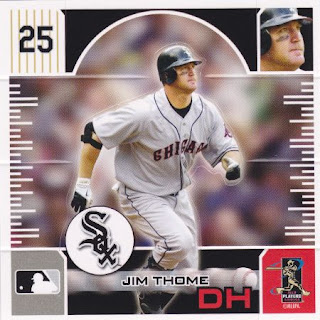 48 - Jim Thome Standee (The standees are numbered - this one is 48 - but the backs say "collect all 35 standees of your favorite players". I'm guessing the numbering sequence includes all of the different varieties of cards.) 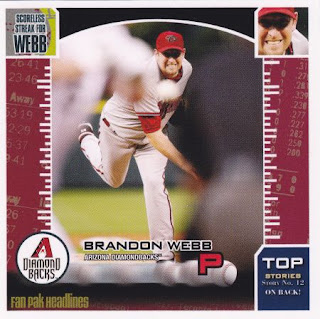 12 - Brandon Webb Headlines (These "headlines" cards are more straight-forward and contain a fake newspaper article on the back of a real MLB event.) 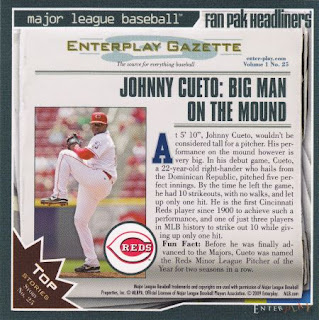 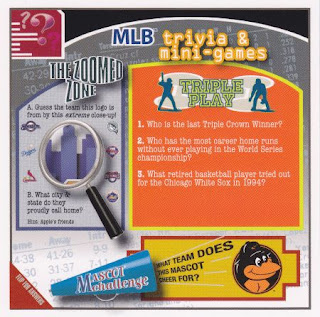 77 - Trivia Card (I'm not really sure what to say about this. There's a lot of stuff going on here.) 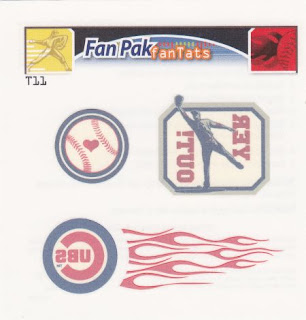 T11 - Cubs FanTats (I'm guessing there's at least one of these for every team. I have no idea, though. I would put this straight in the trash, but there's actually an alarming number of Cubs fans who I have traded with in the past and hope to do so with again.)

I like the Fan Pak tattoo style and just pointed here from a 1971 Topps Tattoo #5 profile posted the other day. (First time I've seen a heart on a baseball, too.)

Keep up the good work!

It's interesting that with all the preoccupation of the battling between UD / Topps / Panini, it would be so easy to overlook what amounts to a separately licensed baseball card set from EnterPLAY.

(It's not just regular CamelCase, it's *super* CamelCASE!)

I didn't really know about them before, since I'm well out of the target demographic for their other products.

It seems that EnterPLAY targets both boys (MLB), girls (ponies), and both genders equally (Nintendo Mario) with their card products.

Wow, I don't think I have ever seen these before! How cool!!

Oh God, not you too. I bought the NHL version of these a few years ago and they were absolutely terrible.