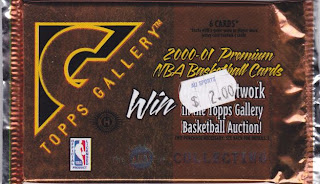 One of the highlights of the junk wax giveaway, at least for me anyway, was this pack of 2000-01 Topps Gallery basketball. I would never buy something like this ordinarily, but it was fun to see what a premium basketball card looked like 10 years ago. 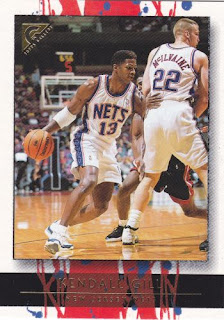 62 - Kendall Gill (Kendall Gill had a long, productive career, if not the most earth-shattering.) 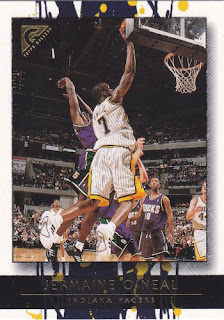 25 - Jermaine O'Neal (O'Neal was drafted by the Blazers at the ripe old age of 17 and is still going strong. He's entering his 15th NBA season at the age of just 32.) 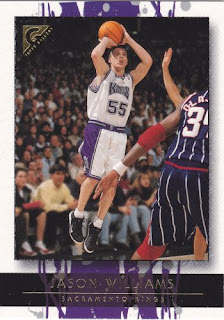 65 - Jason Williams (Williams has had a very strange career, entering the league with heaps of hype and ties to Randy Moss. The fact that he's still around always surprises me. It's easy to forget about him, but he hasn't gone away completely.) 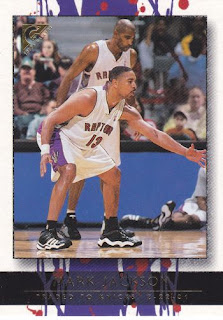 8 - Mark Jackson (Jackson's heyday... days really... came in multiple runs with the Knicks and Pacers. I think of him more as a broadcaster these days.) 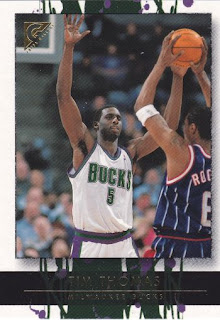 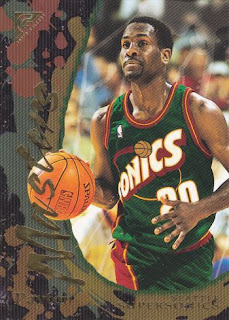 107 - Gary Payton Masters (Who could forget The Glove? Payton dominated Pac-10 basketball when I was in middle school as a member of the Oregon State Beavers and then became a '90s staple as Seattle's point guard. I still think it's ridiculous that Seattle no longer has an NBA team. It makes me really angry.)

Who knew that Jackson Pollock briefly worked for Topps? Also, Jason Williams is a racist asshole.