Written by bigbluekt at 9:51 AM 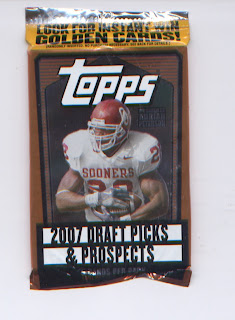 Back in 2007 I bought a box of these and really liked them. So in on of those value pack boxes at K-Mart I got a pack of these. Pretty promising rookie class in 2007 as we know. So we are always hoping to pull one of those bad boys, and if you've been reading my post, I'm always hoping to pull those rookies!!! Ok only 5 cards in this pack so we need to make it count. 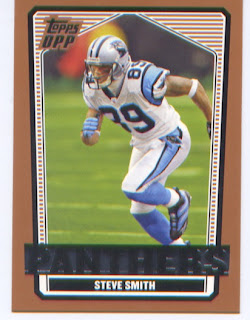 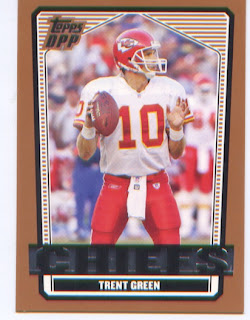 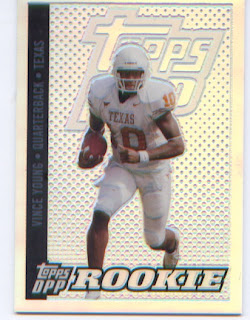 Here we go! This is a 2007 Draft Picks and Prospects Class of 2006 Unsigned Chrome Black Refractor #170 of Vince Young! A couple years ago I would have been a lot happier to pull this, but hey he's still young and has a chance still! 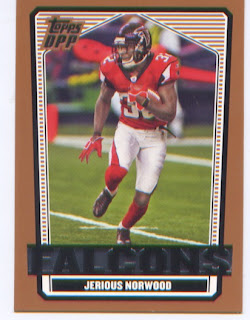 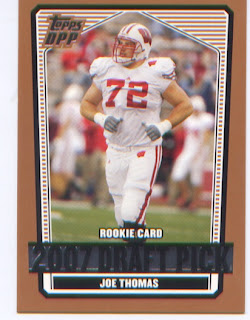 Last card is a Joe Thomas RC #115.
It wasn't a "High Dollar" pack which I was hoping for, but we pulled 2 rookies. It was a nice little pick up on the Vince Young. It being a refractor makes it that much nicer. The cards look simple, but those chrome inserts are always fun to pull and trade away. And since this pack came from one of those $19.99 repack boxes, I'm happy!