2009 Upper Deck A Piece of History

Written by Jonathan @ RGB Cards at 9:14 AM
Wow - I was excited that I got to do the post for 2010 Allen and Ginter before anyone else - but I never thought that anyone wouldn't have done this set. Here I thought my contribution to this blog would be limited to Australian Rules Football and cricket cards. That reminds me - cricket season is starting up - I need to head to the newsstand and see if the cards are available.

Anyway, I bought a box of this last weekend, and have been busting them slowly but surely over the week. This just so happens to be pack #5 from the box. Seven cards in the pack - so far the distribution seems to be:

Some packs have had two rookie cards and one historical event card, but that's the most common configuration.

Anyway, here's the pack, in all its glory. Ladies and gentlemen, I give you...Josh Beckett! 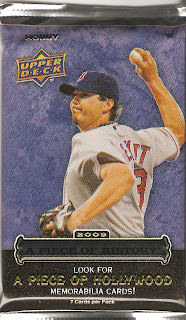 After I opened the pack, I could see the cardboard edge of an anti-pack searcher security device, so no relic card in this pack, sorry. But here's what we've got: 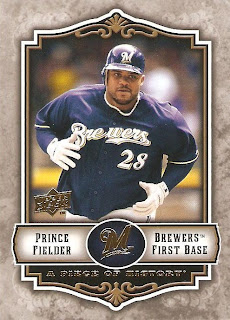 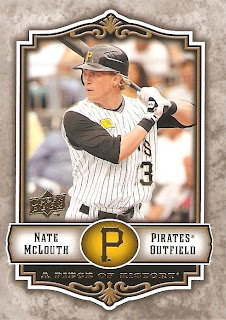 75 - Nate McLouth - back when he was still with the Pirates, before he became Nate McLousy. 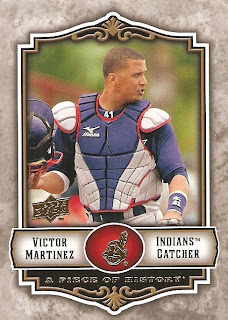 27 - Victor Martinez - back when he was still with the Indians, before he became a Legendary Lineage. 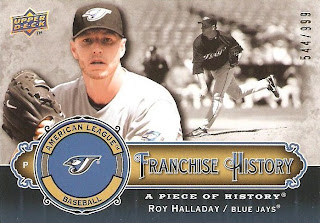 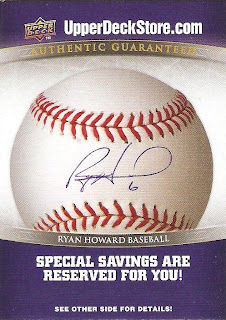 Special savings are reserved for me! If I went back in time to before December 31, 2009, that is. And I wanted to buy a Ryan Howard signed baseball. Which I don't. Anyway, somebody's going to get this rather sturdy card as a protective device in a trade package from me. Don't say I didn't warn you, whoever it is that gets it. 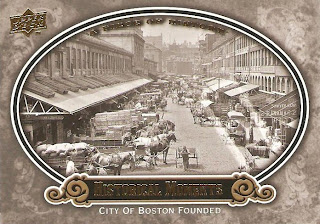 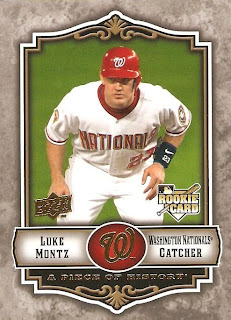 128 - Luke Montz RC - why did I think I've already got this card? I didn't, not until just now. I've got three Ramon Ramirez cards, so if you need one, just holler. 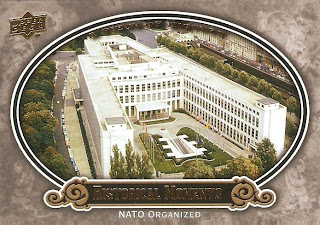 162 - NATO organised. Not in Boston. Probably in Brussels. All that kind of stuff usually happens in Brussels.

So that's the pack. The distribution is exactly as I predicted. I've still got three big hits to go in this box, including the relic from the Hollywood movie. I only hope that it's from a movie I've actually seen. Check out my blog, RGB Cards, for all the highlights from the whole box. I'll get that post up this weekend, once I've opened all the packs. Thanks for reading, and I'll see you again once those cricket cards get released!

Email ThisBlogThis!Share to TwitterShare to FacebookShare to Pinterest
Labels: 2009 Upper Deck A Piece of History