Written by bigbluekt at 2:30 PM Ok first, I didn't pay $5.99 for this pack. I had a coupon so I got it cheaper! It is a pack of 2010 Rookie and Stars Hobby Edition. The last pack of cards with Manning on the front I pulled a nice rookie out of it. So lets hope that continues! Ok this set has 8 cards per pack. Lets open! 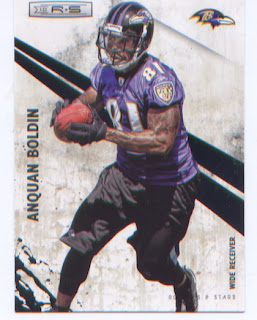 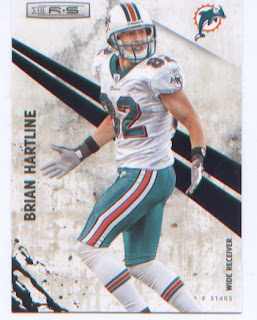 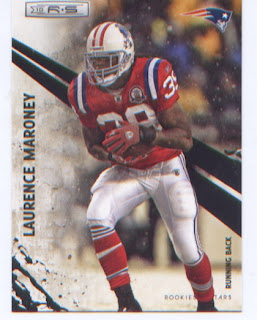 #164- Laurence Maroney. I guess these are like Short Prints. 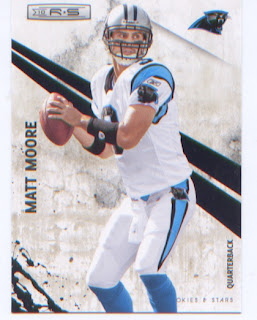 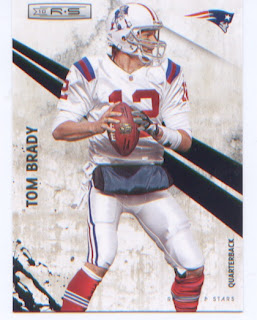 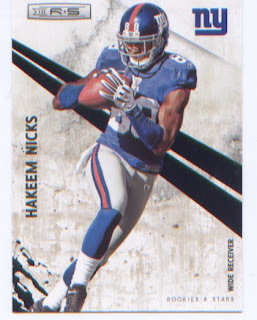 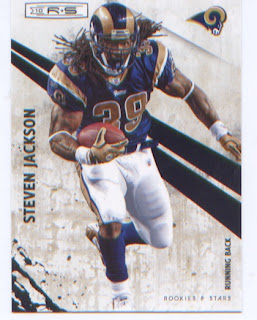 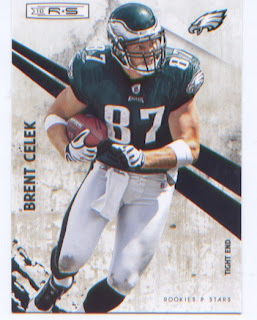 #110- Brent Celek.
Wait a minute!!!! The set is called "Rookies" and Stars! I didn't even get a rookie!!! Now i'm back to my crappy pulls again! Ahh but with that aside, I didn't show you all the backs of the cards because if you've seen one Panini Back, you've seen them all. All they did was take the front picture of their face and put it on the back with some stats from 09 and a little story. We'll it might not be a Hall Of Shame pack, but its pretty darn close!

Hell you seen one Panini front you've seen them all. Aren't you glad you didn't pay 5.99 for that pack? These packs are alreay in the $2.00 cheap pack box at one LCS. Boo Panini.

Oh and I think tha Maroney is what they are calling an Elements card. And I they come about 1 per box so a little SP.

I agree with cynicalbuddha. This is not Panini's best product.

Also, on no planet anywhere is Matt Moore a star.