Written by bigbluekt at 10:21 AM
This morning i'm cracking a pack of 2010 Donruss Elite Extra Edition Hobby. There are 5 cards per pack. I like this type of set because it gives you those rookies that are all up and coming. Let's hope I pull something decent! 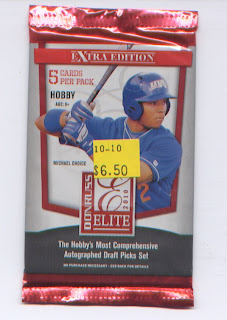 Front of the pack. Shows Michael Choice. He was the 10th overall pick in 2010. 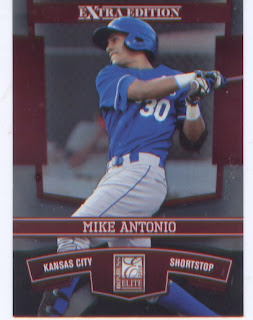 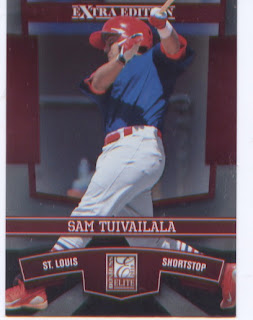 #85- Sam Tuivailala 3rd round pick up St Louis. Drafted out of HS. 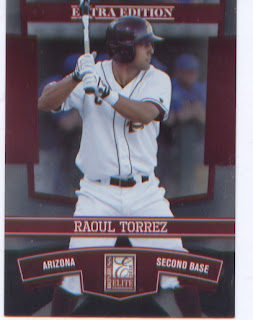 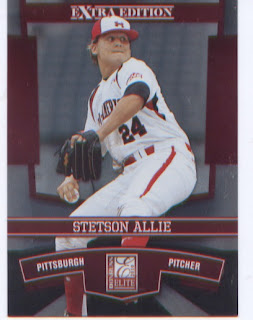 #55- Stetson Allie. 2nd Round Pick Up Pittsburgh. Drafted right out of HS. He was projected to go 8th overall...hmmmm 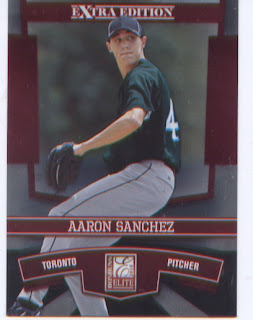 #13- Aaron Sanchez. 1st Round (34th) Pick Up Toronto.
It's interesting to me that Bryce Harper wasn't on the front of the packs, he doesn't even have a card in the set. But i'm thinking that he either wanted to much money, or he didn't want to go to Washington so badly at the time, that he declined. But I don't know. Look it's to early to say if any of these guys will turn out great, but i'm upset that I didn't get any parallels. I'm happy I got a 1st rounder. At least he has a chance of something pitching for Toronto. Maybe we'll see him in the upcoming years.