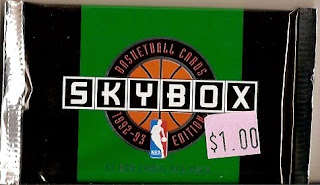 The ranting coyote is here with another pack of basketball cards. This time its a pack of 1992-93 Skybox basketball. 12 cards per pack and has a very good design. On to the cards: 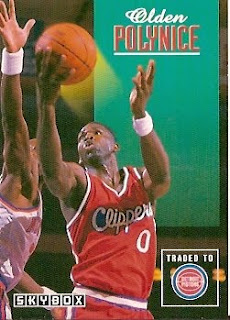 109 - Olden Polynice - was playing with the Clippers in 91-92 season before getting shipped to the Pistons. He had a journeymen career starting with Italy before heading for a 15-year career in the NBA ending with a two game Clippers stint in 03-04. He continued to play pro basketball til 2006. 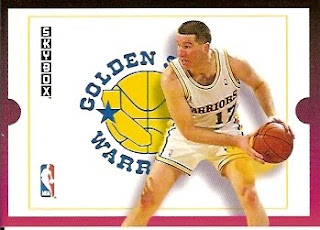 290 - Golden State Warriors - team card with Chris Mullins on it 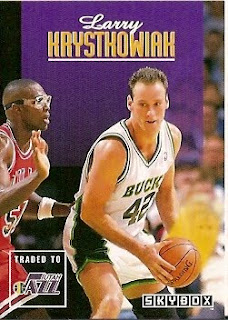 136 - Larry Krystkowiak - played for the Bucks in 91-92 season before getting traded to the Jazz in the offseason. He had a 9 year career and a coaching stint with Bucks. 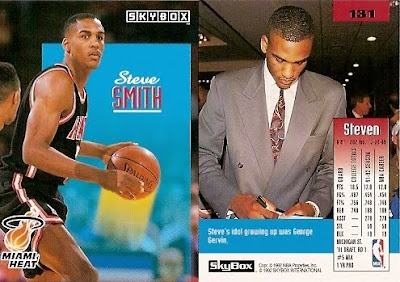 131 - Steve Smith - had a good 14-year career in the NBA with an All-Star appearance in 98 as a member of the Hawks and got a NBA championship ring as a member of San Antonio Spurs. 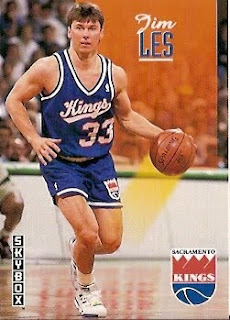 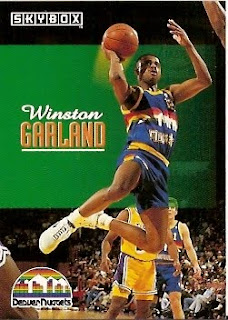 59 - Winston Bennett - played 2 seasons in the NBA he recently became well-known for being a sex addict. 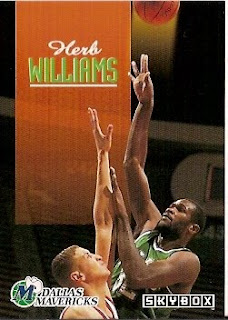 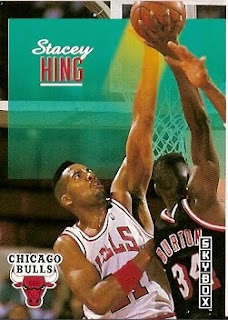 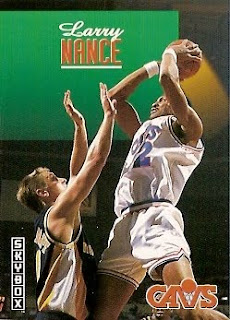 43 - Larry Nance - made 3 All-Star appearances in his 13 year career. Currently a drag racer in IHRA. 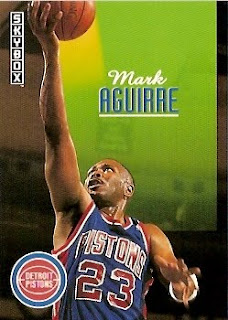 66 - Mark Aguirre - 92-93 was his last season with the Pistons before ending his career the following season with the Clippers. His trade was key to Pistons path of two consecutive NBA championships in 88-89 and 89-90. 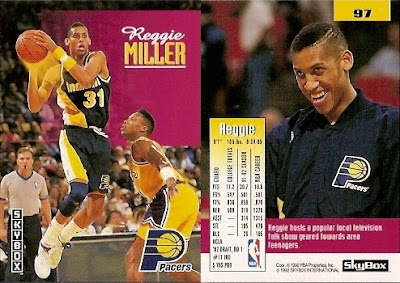 97 - Reggie Miller - the future Hall of Famer played his entire All-Star career with the Pacers appearing in the finals once. He tormented the Knicks with his clutch shots and performances much to chagrin of Knicks' fans especially Spike Lee. 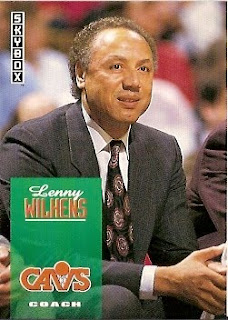 I just got one of these cards in a trade. The swoosh that follows the ball on every card is off the hook.