Written by bigbluekt at 3:48 PM
At my local card shop there are a few packs that are sorta the cheap packs. Now I know $3.95 isn't the cheapest pack in the world for a pack of 2006 Topps Heritage Football, but at my shop its pretty cheap haha. Plus I wanted to find a pack that you all haven't seen. I'm not the biggest Heritage fan because I think the cards lack luster, but they are good for Autographs. In this pack we get 8 cards. Let's open! 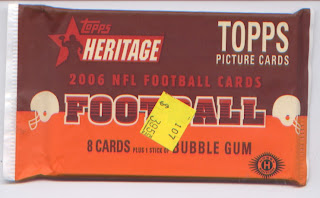 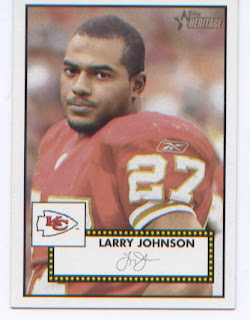 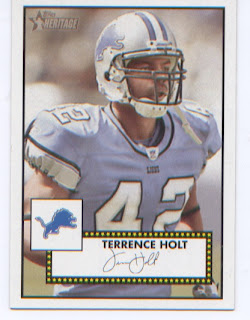 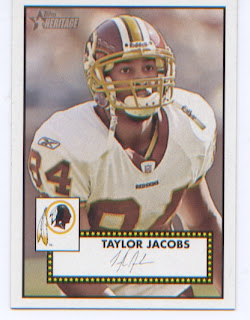 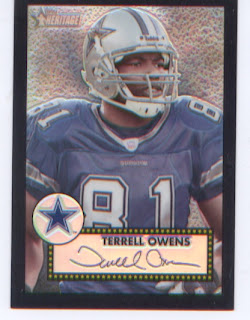 Whoa! Topps Heritage Chrome Black Refractor #71 Terrell Owens Serial Numbered on the back (28/52)!!!!!!  When I opened the pack I could see this guy clear as day as it is shiny and is black! 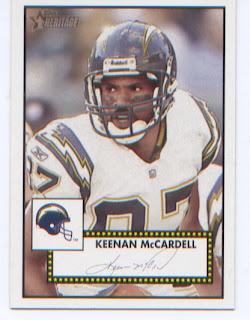 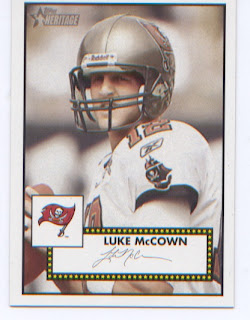 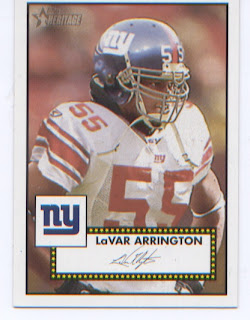 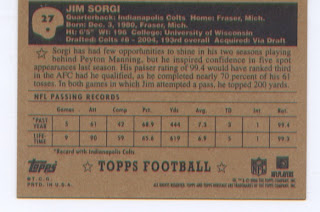 #27- Jim Sorgi. Black Back Version. The other cards have Red Backs. This would have been a Short Print if it were a Red Back, but there are no short prints in the Black Back Versions.
That concludes this pack. I'm happy with the Low Serial Numbered TO card, plus a couple of Short Prints. But I want everyone to realize that Heritage has about a million "Short Print" cards. The first 90 cards are short prints and the last 100 or so are short prints with a bunch in between this 407 card set. Interesting fact: a complete set without SPs is 207 haha. So 200 short prints in this set. I wouldn't try to collect it!
Also according to beckett, a true complete set is 497 cards. Which means you would have to collect the base set w/rcs, the short prints and the black back version! Good luck on that one!