Written by bigbluekt at 9:50 AM
First, Happy Veterans Day to all of those who have served us! Second, lets open a pack of 2008 Topps Football. These packs have 10 cards in them, although packs with an Auto or Relic have 8...I hope this one has only 8 cards! But with my luck, we know it's not going to happen. So lets see who we pull! 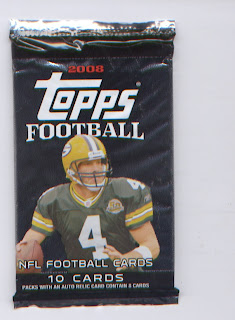 We have Brett Favre on the front of the pack in a GB Uniform. I bet they were pissed when he went to the Jets that season after they printed these packs haha. 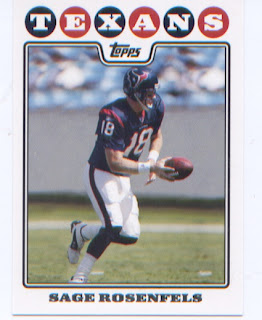 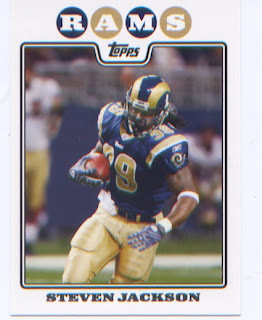 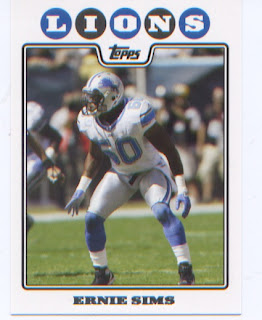 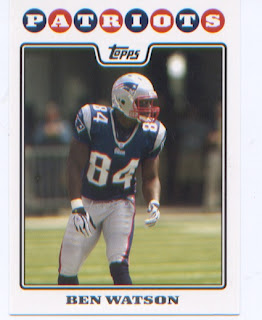 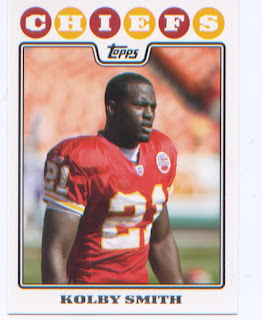 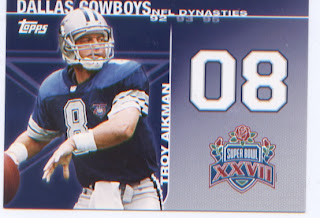 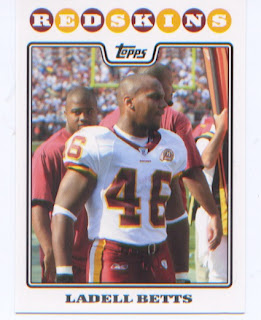 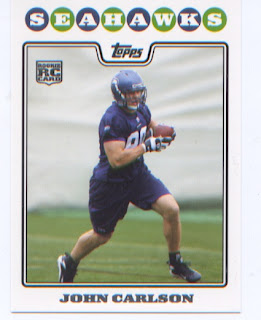 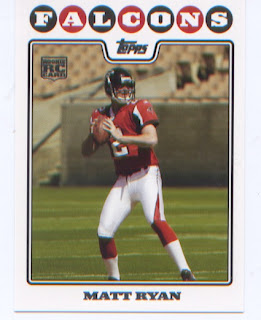 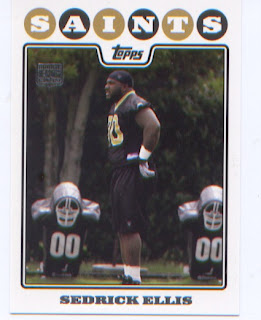 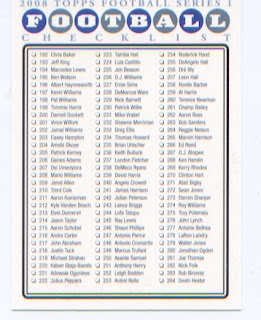 Last card is a checklist. It's 2 of 4.
I'm happy with this pack of cards. Pulled a HOF QB Insert and a Future HOF QB Rookie Card. Not sure why companies use the same layout for Baseball and Football cards. I like to keep them looking different. But maybe it's cheaper for them. There are some high dollar variation cards in this set too which makes it hard for someone to complete a master set. So i'm not a fan of that. But I think I did well on this one!

I bought three packs of these back when they were new... and ended up with a Carlson RC, two Ellis' RC's, and two Ryan RC's. Not much variation, although I do like the Aikman. I got one of those too, except it was Rocky Bleier.

It's really strange I was putting the rookies away and I found that I already have the Carlson and Ellis haha...maybe those are the only three RCs they put in the packs haha