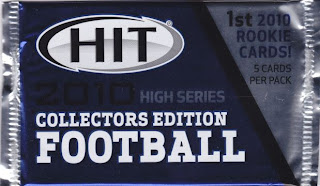 I'm not sure if I've ever felt immediate buyer's remorse after spending one dollar, but here I am. For some reason I decided it was a good idea to throw down a buck on this, which ended up being just my third football pack purchase (the last two came back in 2005) in the last 18 years. After I got home, I realized that there were no Oregon Ducks in this set. Oops. 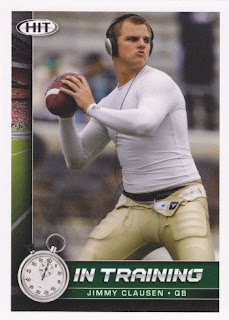 69 - Jimmy Clausen In Training (Jimmy is rocking headphones that were apparently purchased at Montgomery Ward in 1989 and passed down as some sort of family heirloom. Is football practice really so boring that you have to listen to Ke$ha while doing drop back drills?) 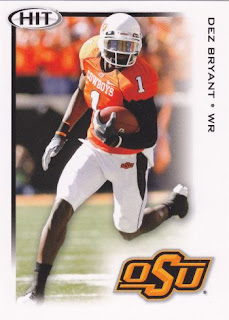 100 - Dez Bryant (I remember this guy, from Oregon's win over the Cowboys in the Holiday Bowl a couple of years ago. He was injured in the first half and kept having to come off the field, which spelled doom for Oklahoma State as he was clearly the main thing going for them.) 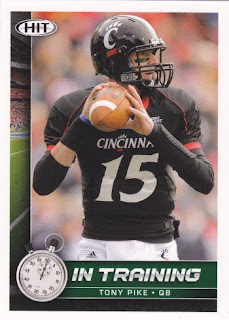 63 - Tony Pike In Training (Here's a guy that takes his job seriously. He's actually on the same NFL team as Clausen somehow, but behind him on the depth chart.) 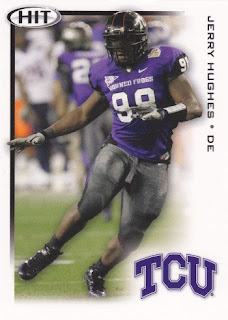 98 - Jerry Hughes (I don't know anything about Hughes, who was apparently a late first round pick of the Colts. I do know that TCU is undefeated this season.) 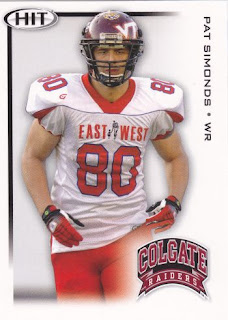 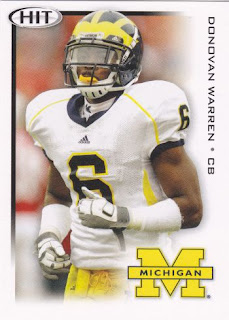 6 - Donovan Warren (Another undrafted free agent who is out of a job.)

At least you picked up the Bryant!