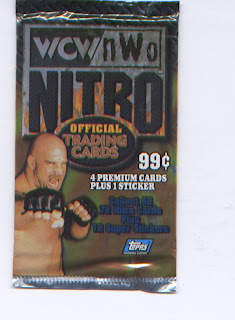 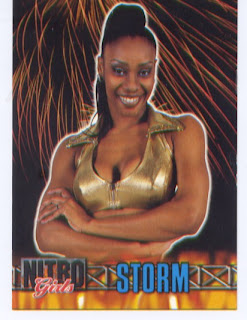 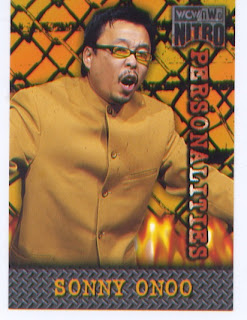 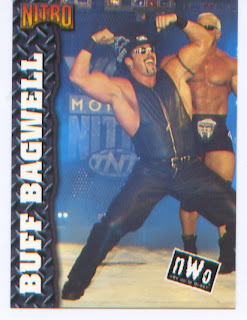 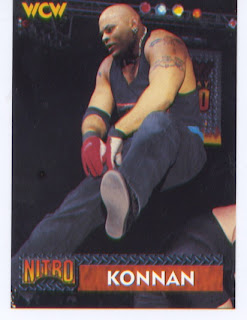 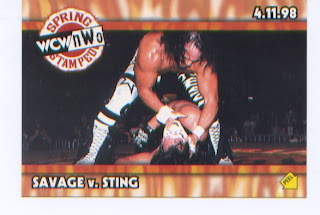 Last card is one of the Sticker Inserts of Macho Man and Sting. These are stickers #S4. I know these two guys. But this is when Sting became a weirdo. Macho Man was the Man!
So again I wasn't a wrestling guy, but for some of you, I'm sure these guys bring back memories. Are any of these people still wrestling?

Konnan wrestles in Mexico. Buff Bagwell in occasional independent shows. WCW was sold to their competitor WWE in 2001.