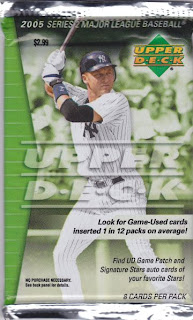 2005 was a weird year. I don't feel like anything significant happened, and I also feel like it was a truly unremarkable year for music. Sleater-Kinney put out their breakup album, Spoon released the worst album of their career and Pitchfork decided that Sufjan Stevens and Kanye West deserved the 1-2 billing on their year end chart. Also weird was baseball cards. You could buy them at 7-11. Here's a series 2 Upper Deck pack of truly unremarkable cards. 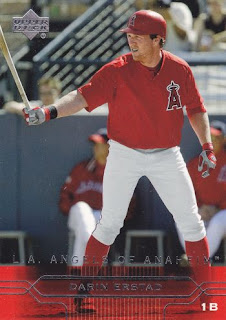 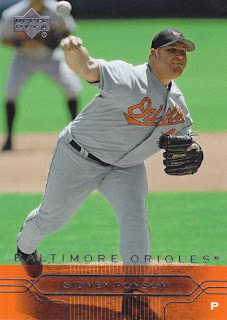 313 - Sidney Ponson (I'm quite convinced that Sir Sidney has not done anything that you couldn't consider awkward looking in his entire life.) 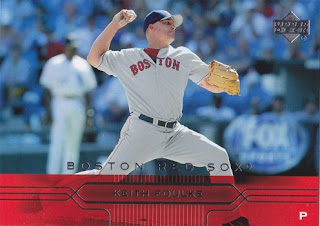 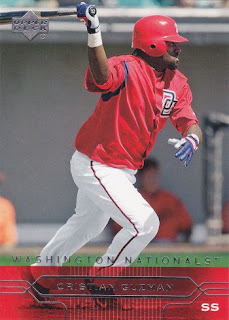 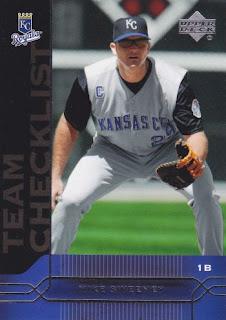 484 - Mike Sweeney Team Checklist (How does anyone keep Mike and Mark Sweeney straight? Has anyone ever seen them both in the same place at the same time?) 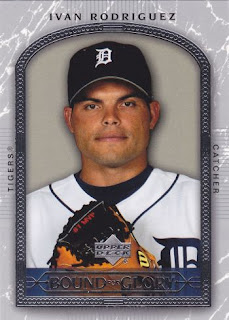 457 - Ivan Rodriguez Bound For Glory (Oh, Pudge is "Bound For Glory" alright... just as soon as he's finished up collecting caps from every single franchise in the league.) 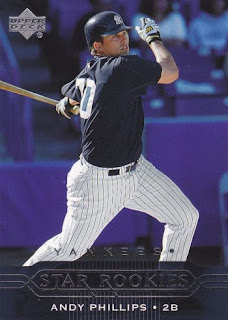 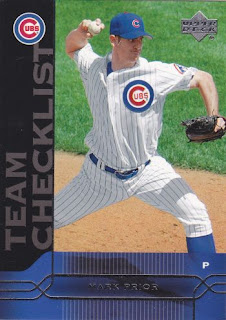 Hey, hey, a Sleater-Kinney shoutout on A Pack to be Named Later!