Written by BASEBALL DAD at 8:19 PM
Community Gum recently reported on the 1997 WNBA Pinnacle cans so I thought I'd present the second year baseball version.

The mid to late 1990's to early 2000's gave the trading card collectors a plethora of new products in many different forms. Cards in cans, cards made of wood, steel, leather, cloth and other materials.Holographs, chrome, B&W, color, clear plastic and whatever else the designers could think of that might boost sales. Some ideas caught on, some didn't.

Personally, I liked the cans. It's not something I would want every year but it was fun at the time. Our two sons were about 11 and 14 back then, and they got a kick out of them. 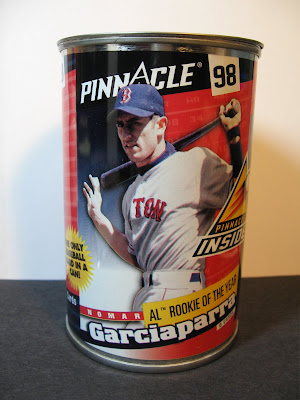 There were 23 different cans in the set.Why the uneven number? Who knows ! This can, Nomar Garciapara ROY, is listed as #18. 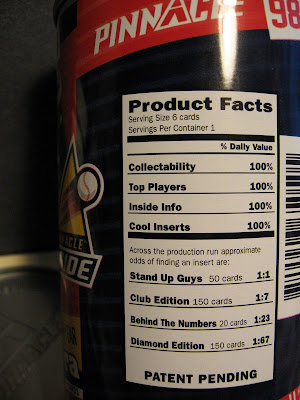 I thought the Product Facts on the side were a clever addition. 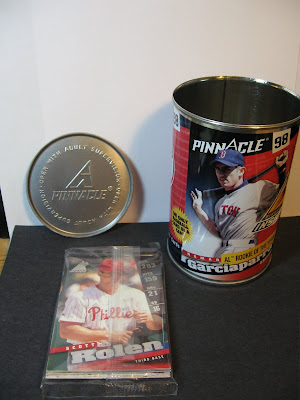 After removing the lid with one of the cut from the side, no sharp edges can openers, you find 5 cards, a trivia card and a Team Pinnacle ad. 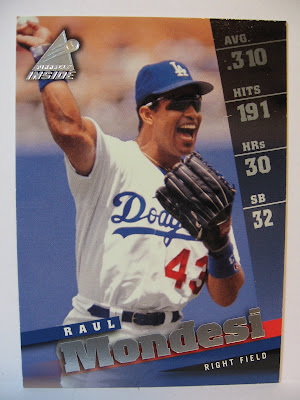 The glossy, full bleed photos were very clear and colorful. 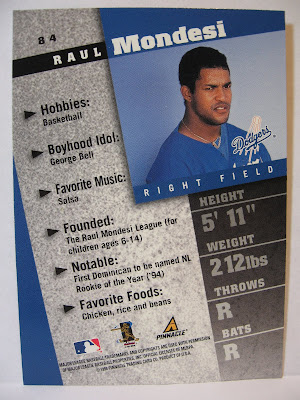 The backs gave you no statistics but had many lesser known and sometimes very interesting facts. 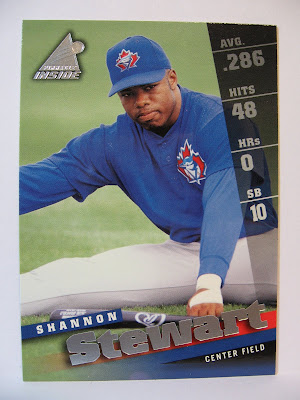 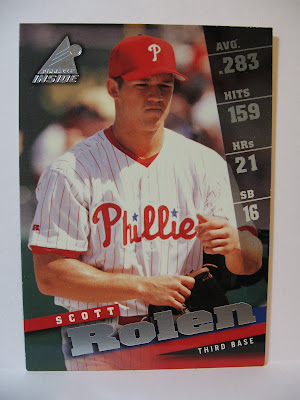 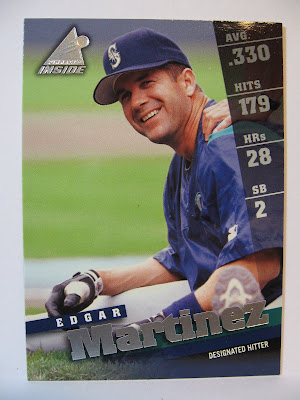 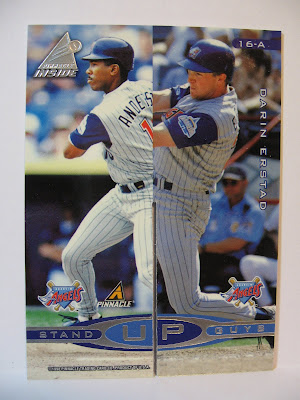 The "Stand Up Guys" inserts were unique in that two of them, put together via slots cuts in the cards, made a free standing 4-sided display piece. 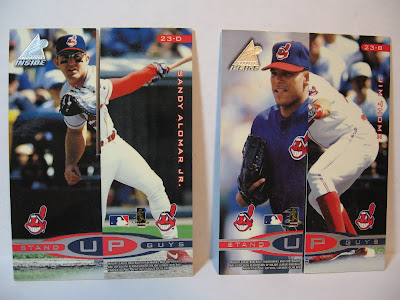 As an example, these two from my Tribe collection fit together to make..... 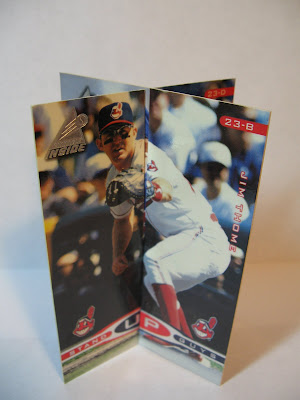 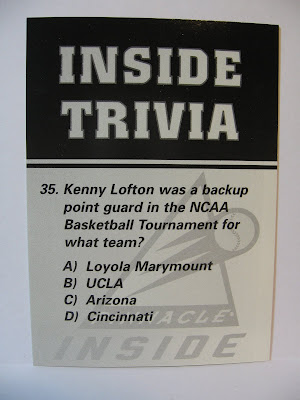 This was the trivia card in this can.
Anyone know the answer?! 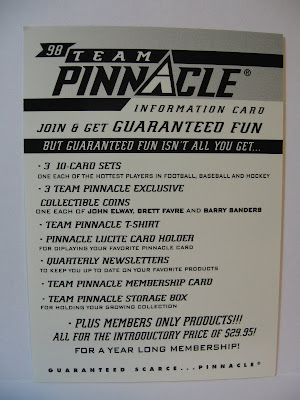 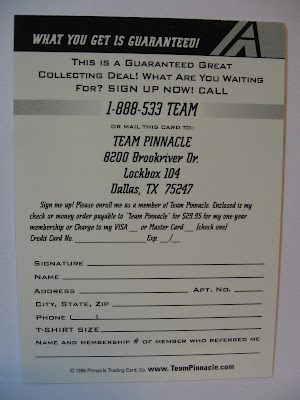 Then Team Pinnacle had to get their plugs in.
I always wanted to join the club but never did.

Email ThisBlogThis!Share to TwitterShare to FacebookShare to Pinterest
Labels: 1998 Pinnacle Inside Baseball