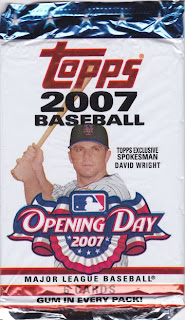 Here's another staple of the repack scene. With this year's Opening Day set, Topps traded in the gum for 2 extra cards and a larger variety of inserts for the same low price. Not bad, though unfortunately there is very little difference in design to make it stand out on its own. On the other hand, the 2007 Opening Day set is a nice complement to the regular base set with its white borders instead of black. 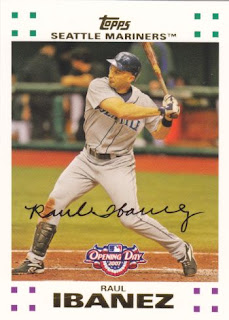 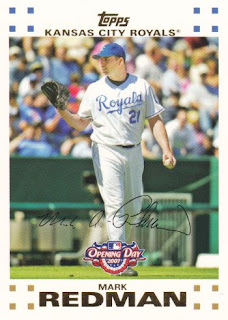 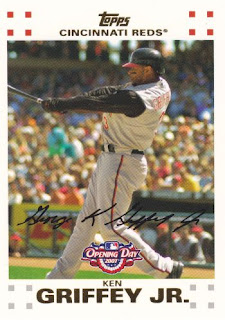 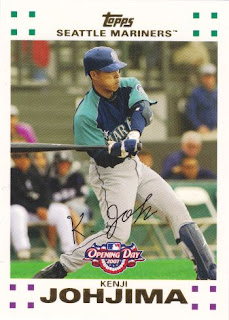 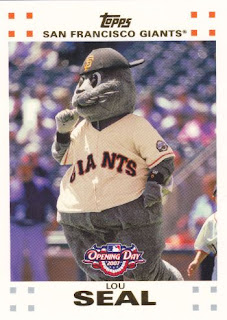 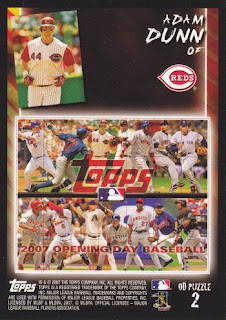 OD Puzzle 2 - Adam Dunn Puzzle (This is actually the back of the card. The "front" just shows Ryan Howard head, one of his arms and his torso.)