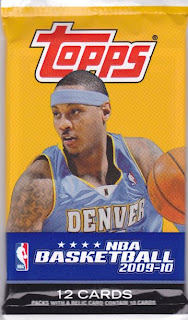 The NBA Playoffs are in full swing and after just a little over a week, it's already been extremely entertaining. There's only one series that looks like it's headed for a sweep, and there's quite a few that could swing towards 7 games at this point. Here's a retail pack of the final licensed Topps NBA set, at least for now. 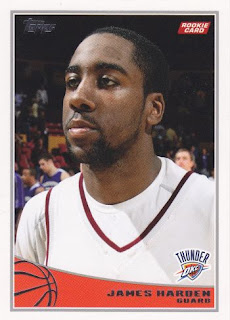 319 - James Harden (Harden tore up the Pac-10 and I expected him to be good in the NBA as well. His beard certainly has come along way since his Arizona State days. It's too bad he plays for such a detestable franchise.) 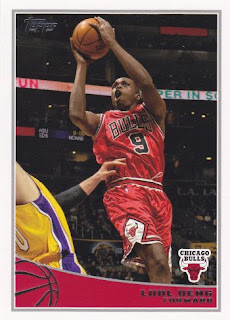 34 - Luol Deng (Deng's Bulls actually managed to take a game against the Cavs.) 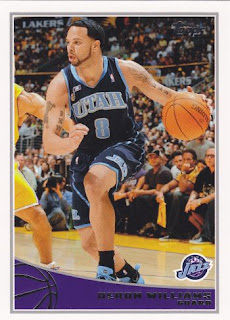 294 - Deron Williams (Key player for the hated Jazz, and... sigh... I guess one of the best point guards in the league. Not that I'm biased or anything...) 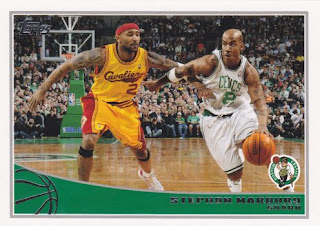 22 - Stephon Marbury (The Celtics are in the playoffs, but Marbury... not so much.) 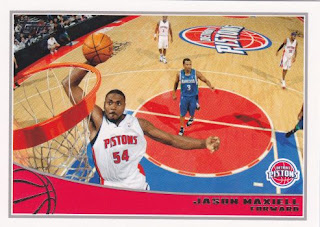 78 - Jason Maxiell (Much like the baseball set, the horizontal photo cards seem to come in bunches.) 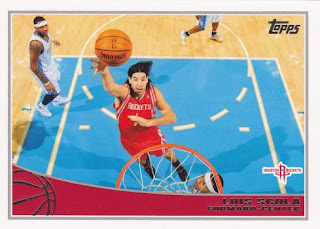 96 - Luis Scola (There should be some sort of law prohibiting the use of Luis Scola's picture on anything... ever.) 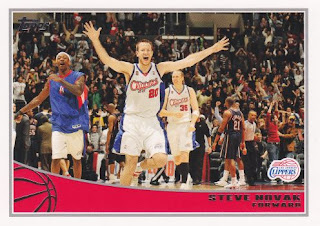 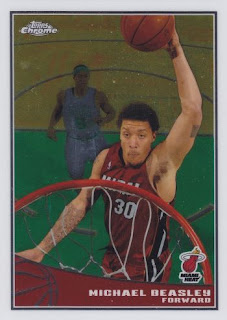 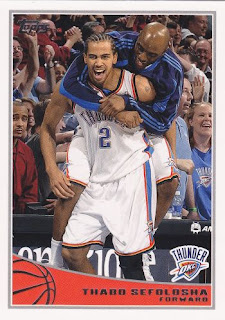 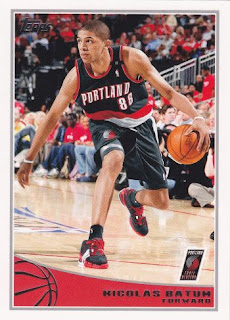 257 - Nicolas Batum (The Blazers are ripe with young talent, and Batum is as exciting as they come.) 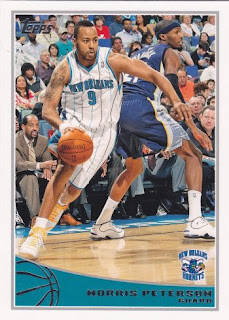 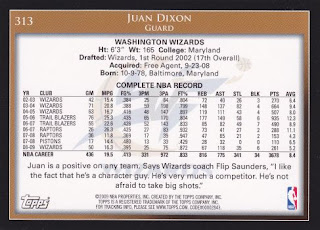 313 - Juan Dixon (Topps really mailed it in with the back design.)